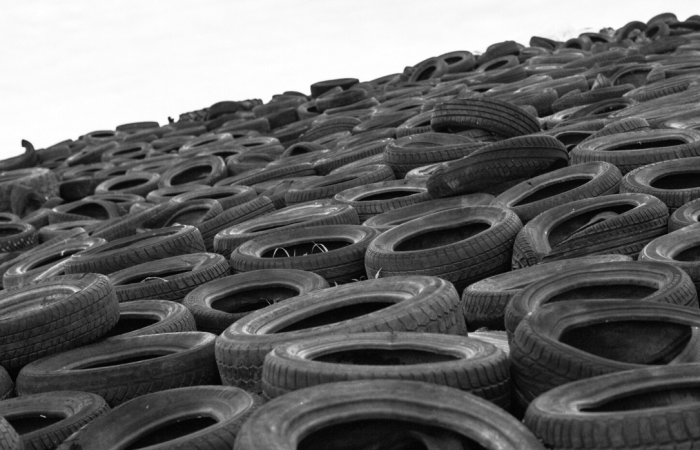 The researchers from South Australia’s Flinders University have experimented with mixing fillers ranging from carbon fibre and PVC to agricultural waste with the resulting powder. Their new rubber is made from sulfur and canola oil and does not melt, Springwise says.

The Australian engineers have invented a recyclable rubber polymer designed to incorporate construction waste. Among its advantages is vegan origin and non-melting. It can be used when combined with a range of waste materials that would otherwise go to landfill.

An important aspect is the rubber is recycled through reactive compression moulding, which involves gentle pressure and heat of around 100 degrees Celsius. During the experiments, the researchers from Australia have been mixing different fillers like carbon fibre, PVC, agricultural waste and the resulting powder.

Nowadays, often using rubber to reduce pollution include a recycled rubber pavement that repairs itself when it rains and a microplastic collection device that reduces airborne pollutants from vehicle tyres.

The natural rubber has a bright perspective

While global rubber use is rising, the production of natural rubber was decreasing. However, PPE becomes a requirement in many public places, even despite coronacrisis. Thus, recyclable, sustainable versions have become exceptionally important – for reducing both the strain on agriculture and pollution.

Each mixture produces a substance with slightly different characteristics, making it possible to replace some of the construction industry’s most toxic building materials, including concrete.

Additionally, the rubber’s versatility makes it a useful starting point for communities to improve the greenness of their construction in ways that are specific to their area and the particular environmental challenges. Local waste streams could be reduced by diverting some of the components into building projects.

With vegan leathers grabbing many of the materials science headlines, it will be interesting to see how further developments in eco-rubber help bolster meaningful change in a range of industries.