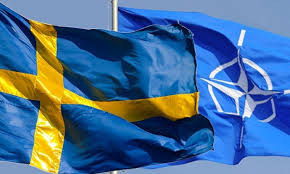 Sweden’s entry into the North Atlantic Treaty Organization (NATO) will strengthen the whole of Northern Europe. This was stated by the Minister of Defense of the country Peter Hultkvist.

According to Hultqvist, when Sweden joins NATO, she and her neighbors will be able to use strengths and complement each other.

“The effect will be that we will become stronger together. This is what can happen if we decide to join NATO, ”said the head of the Swedish Ministry of Defense.

Previously, Hultqvist was skeptical about the country’s accession to NATO.

Former NATO Secretary General Anders Fogh Rasmussen called on Sweden and Finland to join the alliance right now, while Russia is busy with a military special operation in Ukraine. The US administration has promised to nullify any security concerns Finland and Sweden have if they apply to join NATO.

Sweden and Finland announced their intention to join NATO after the start of the Russian special operation in Ukraine. Finland will make a final decision on whether to apply to join the alliance on May 12, while Sweden will make a decision on May 15.