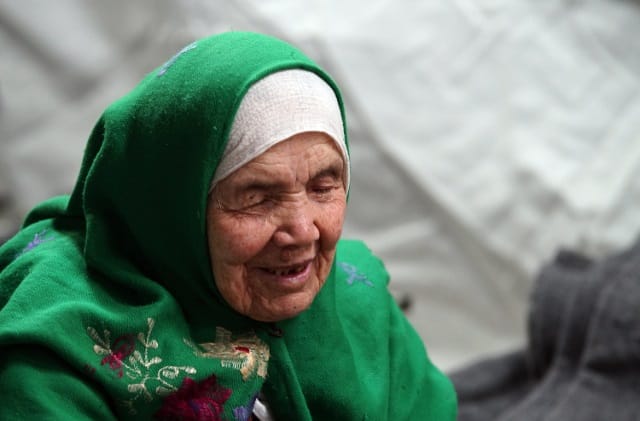 Sweden authorities didn’t allow the world’s oldest refugee to stay in this Scandinavian country. The 106-year-old woman from Afghanistan travelled to Sweden from her native country, and all her family seeks asylum now.

Mrs Bibihal Uzbeki (106) is the world’s oldest refugees has now been told to leave after her application was rejected. According to the Swedish crowd-funded journalism site Blankspot reports, Mrs Uzbeki is from Kunduz, Afghanistan, that old lady was nicknamed in 2015 ‘the world’s oldest refugee’, that time she lived with her family in the Camp in Croatia.

Mrs Uzbeki ‘s way to Sweden wasn’t easy or comfortable, together with her family, she had fled from Afghanistan via Iran, Turkey and Greece, and eventually ended up in Sweden. Uzbeki’s son and grandchildren took turns to carry her on their backs.

“We had problems many times. I suffered a lot. I fell and injured my head. I have scars on my head,”

told Mrs Uzbeki The Guardian in 2015. Last year, the family, at last, reached Germany where the local camp doctor finally gave the old lady the wheelchair.

In June, Uzbeki’s application for asylum in Sweden was rejected, the Migration Agency’s decision Uzbeki must now return to Afghanistan, or to any other country willing to take her in. In other words, the decision has been appealed to the Migration Court.

Sweden has been called on to suspend deportations to Afghanistan over the deteriorating security situation in the country. However, it has so far said that it will not, and is monitoring the situation.