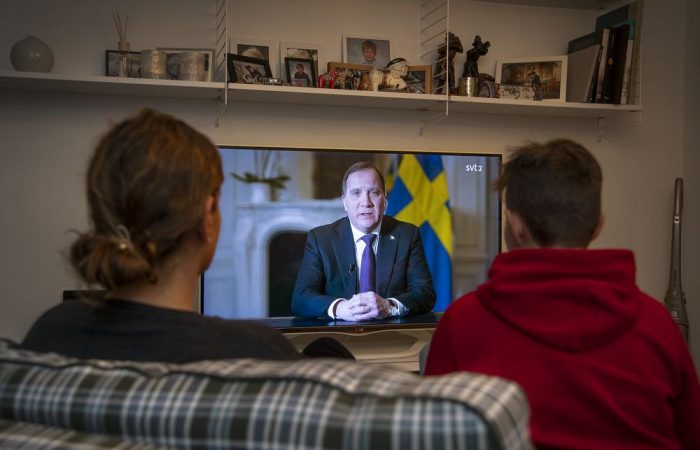 Two biggest opposition parties in Sweden call for an independent commission to probe the country’s response to the COVID-19 outbreak. The politicians insist on a commission in place before the summer, The Local Sweden reports.

The conservative Moderate Party and the populist Sweden Democrats said they wanted a special commission, which should be appointed within weeks, not months. On Friday, Prime Minister Stefan Lofven, a Social Democrat, has repeatedly expressed support for a commission but has said he would appoint one after the novel virus outbreak was over.

The way Sweden copes with the coronavirus epidemic rose many questions internationally and locally. There has been broad political unity over Sweden’s softer approach to the new pathogen, but most parties have agreed on the need to examine the PM’s crisis management.

The EU country, which on Friday reported 4,350 coronavirus deaths, has struggled to protect its elderly from the illness, with more than three-quarters of the dead residing in nursing homes or receiving at-home care.

A future commission would also be likely to examine the country’s economic response to the crisis, and its slow roll-out of testing for the illness.

Sweden’s government supports idea of the commission on COVID-19

While the government has raised its testing capacity to 100,000 tests a week, Sweden was at the end of May still only testing around 30,000 people a week due to bureaucratic bottlenecks.

«There are many parties that agree with us that (a commission) should be appointed as soon as possible and not wait until after the crisis,» Moderate Party leader Ulf Kristersson told reporters.

He said he would raise the issue in parliament next week if Lofven did not move on the issue. Kristersson’s proposal enjoys broad support in parliament.