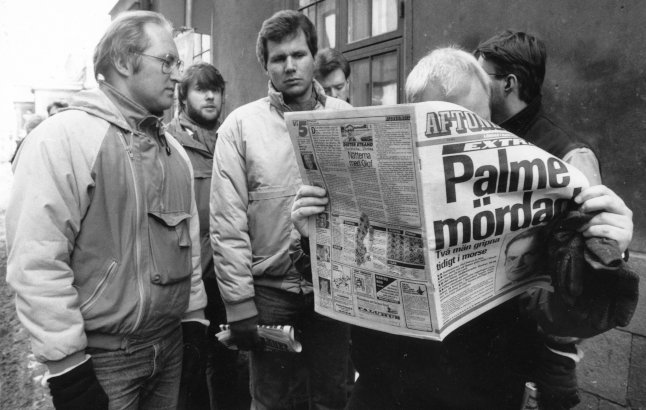 Sweden has completed the 34-year investigation into the murder of Olof Palme and revealed the suspect’s name. Stig Engström gunned down PM in the street on February 28th, 1986, after leaving a Stockholm cinema with his wife, The Local Sweden reports.

Because the suspect is dead, the 34-year-old investigation will now be closed, announced chief prosecutor Krister Petersson. On Wednesday, he presented his decision at an online press conference.

Engström was suspected of having killed Swedish prime minister Olof Palme. The murderer worked at insurance company Skandia close to the scene of the murder. That is why ‘Scandia man’ was questioned as a witness in the early days of the investigation. But he only emerged as a potential suspect a few years ago.

However, due to Engström’s death in 2000, he cannot be charged. Thus, the investigation will be closed, said Petersson during the press conference.

Describing the long investigation, police investigator Hans Melander confirmed Swedish forensic police have tested 788 guns as part of the hunt for the murder weapon. Unfortunately, they have not been able to link one to bullets found at the scene of the murder of the charismatic Social Democrat PM Palme.

Police: ‘The Skandia man’ investigation started in 2017 only

Engström became the suspect, ‘the Skandia man’, in 2017. Sweden police found out his witness statement did not quite fit with other witnesses on the scene. At the time of Palme’s murder, he was mainly dismissed as an unreliable witness who wanted to overstate his own importance, but police now think he shot Palme to death.

“We have not been able to find anything that supports a conspiracy, but it cannot be entirely dismissed,” said prosecutor Petersson, adding it is also known that Engström had access to weapons and disliked Palme.

In Sweden, the murder of the prime minister became the most long-running and expensive investigations. Over the decades, numerous theories have been presented along the way. However, Petersson and Melander said they understood that other theories would continue to thrive.

“My task as a prosecutor is to try to present evidence in order to prosecute. We have arrived at the conclusion that we have enough information that I would at least use coercive measures with respect to this perpetrator, but as the perpetrator is dead we cannot turn to a court,” said Petersson.

Commenting on Peterssen’s statement, Melander added he is fully convinced that their conclusions and this is what we believe in.”

Palme’s three sons said in a joint statement on Wednesday that they found the prosecutor’s conclusion “convincing”. “Against this background, we consider it a reasonable decision to close the preliminary investigation. Of course, we are disappointed that conclusive forensic evidence cannot be presented.”