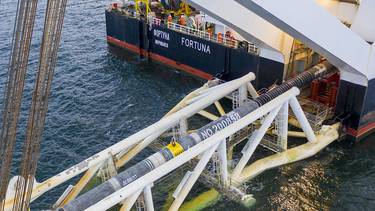 The Swedish Coast Guard has discovered another gas leak from the Nord Stream and Nord Stream 2 gas pipelines.

⠀
As previously reported, three leaks at Nord Stream 1 and Nord Stream 2 were discovered within a few hours. The first of them was detected on Nord Stream 2 near the Danish island of Bornholm. Then two leaks were recorded at Nord Stream. The Danish Energy Agency reported that a large amount of gas had entered the sea. Aircraft and ships are prohibited from approaching the scene of incidents closer than five nautical miles.

Swedish seismologists later said they had registered two explosions on the pipeline routes on Monday.