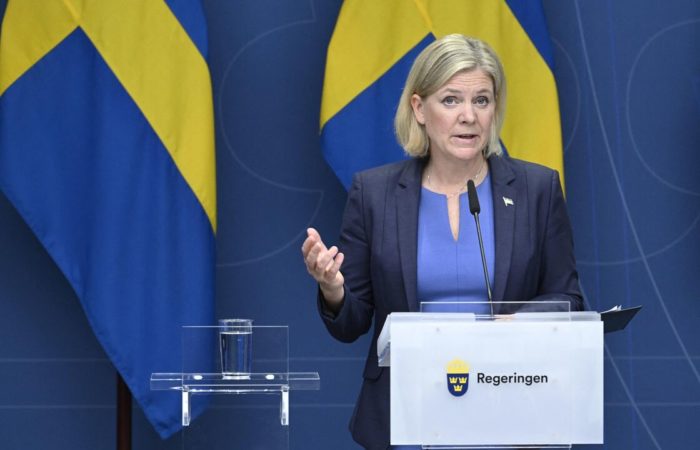 Andersson, who leads the Swedish Social Democratic Workers’ Party, has previously said she will continue to lead the party in opposition in the new government.

⠀
Parliamentary elections in the kingdom were held on 11 September. According to the results of counting 99% of the votes with a result of 49.5%, the bloc of right-wing parties, which is represented by the Moderate Coalition Party, the Liberals, the Christian Democratic Party and the Swedish Democrats, is in the lead. The red-green bloc of the ruling parties (the Social Democratic Workers’ Party of Sweden, the Left Party, the Greens, and the Center Party) won 48.8% of the vote. Each party bloc will receive 176 and 173 seats in parliament, respectively.