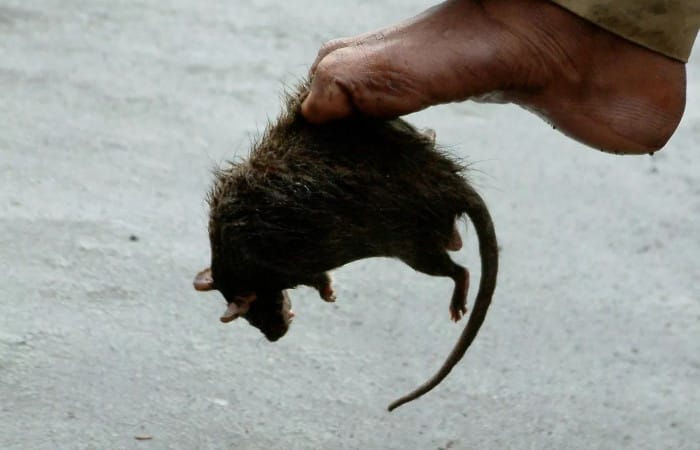 The giant rats’ invasion in Swedish town made the local residents to keep their homes close, Daily Mail reported on Thursday. Sundsvall keeps doors, windows closed due to a plague of enormously big rodents the size of cats.

Swedish town Sundsvall faced a rather unusual problem like an escalating rat problem, which was caused by the relocation of a recycling centre. The giant rats invade the place and even forced a local kindergarten to keep children indoors.

The local authorities prefer to forget about so-called human traps when it is about the public health and rodents’ invasion. Sundsvall town council has now launched an extermination campaign using snap traps, and if that doesn’t solve the issue —  the rats face guillotine traps and electric shocks.

‘They’re as big as cats. If we can’t stop it, there’s no knowing how big the issue might get. But I know we will put a stop to it — no matter the cost,’

Benny Sagmo, head of wildlife preservation in Sundsvall where about 52,000 residents live.

Residents describe how huge rats ‘that stand on their hind legs and hiss’ have been seen swarming the area of Johannedal. The people who live in the area can’t have their doors or balcony doors open, confirmed Mr Sagmo.

The Swedish tradition of letting small children nap outdoors has been put on hold at Trädets kindergarten in Johannedal, and they are no longer allowing any food or drink outside.

‘I have decided that the children will be sleeping inside for now, we can’t risk rats jumping into the pushchairs,’

According to the authorities, the cause of the problem is a local recycling centre — branded a ‘Sheraton Hotel for rats’ where the rodents have been able to breed and find food aplenty.