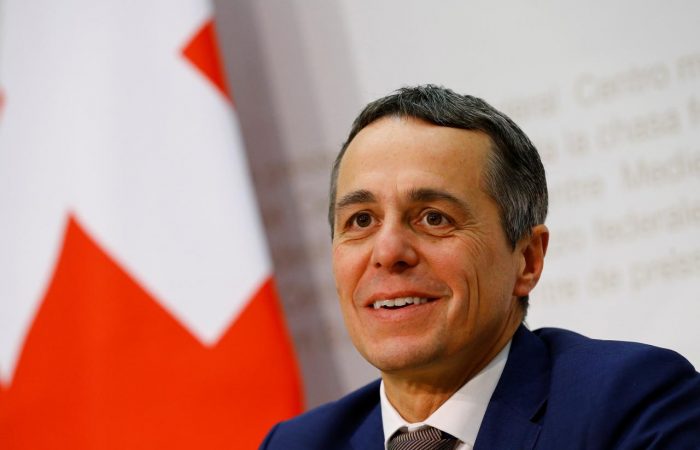 Switzerland is ready for cooperation with the neighbouring countries, said Foreign Minister Ignazio Cassis. The recent outbreak of the novel virus caused an unprecedented coronacrisis, which could create a new spirit of solidarity between the European Union nations, Swissinfo reports.

The Swiss top diplomat believes the cooperation with neighbours, notably repatriating stranded tourists across the globe and the hospitalisation of Covid-19 patients from France would not be forgotten.

“Everything that’s been done to help during a crisis will be remembered,” Cassis told the RTS public radio on Friday. “The help you receive in difficult times is precious and is also of symbolic value.”

Cassis also noted that the cooperation with its closest countries like France, Germany, Italy and Austria is vital now. The neighbours should discuss a number of issues have been close over the past few months and Swiss foreign minister hoped this would have an impact on bilateral relations.

According to Cassis, the coronacrisis had shown the importance of a global response and the possibility of free movement of people. The possibility to move freely remains a psychological necessity.

As the top Swiss diplomat said, he confident that Alpine nation voters would reject a right-wing proposal to suspend a deal with the EU on the free movement of people. It will come to a nationwide vote in September.

Switzerland has shut its borders in mid-March to stem the spreading of the novel virus and imposed a lockdown on public life as well as part of its economy. However, it stopped short of a general curfew-like in Italy or Spain, the most-infected countries of the EU.