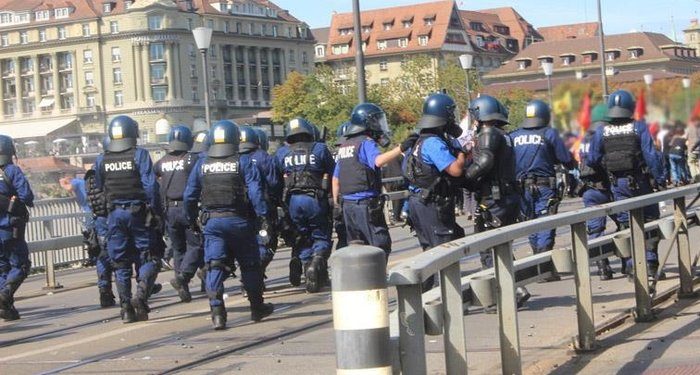 The street party in Bern was dispersed by the local police that used the water cannon and rubber bullets. As the local authorities insist, the crowd of mostly young people holding an illegal «street carnival».

The Swiss people tired of restrictions caused by the COVID-19 infection. On Saturday, a few hundred people gathered in the evening in the northeast of Bern around cars blaring music and floats.

Police said they intervened when those taking part began heading toward the city centre and throwing bottles and stones at officers. It was not immediately clear why the gathering was deemed illegal.

The party-goers, most of them are young, «set up barricades and set off fireworks», a police report says. After several warnings, police said they used water cannon, rubber bullets and a type of irritant spray to stop the procession reaching the city centre, to protect the officers and prevent further damage.

In addition, police also made several dozens of identity checks.

In Switzerland, the masks compulsory on public transport for persons over the age of 12. Due to the outbreak of the novel pathogen, they are required to wear a mask in trains, trams, and buses, as well as on mountain rail and cableways and on the lake and riverboats.

Commenting on the international travel rules, the US Centers for Disease Control and Prevention (CDC) has issued a Level 3 Travel Health Notice for Switzerland due to COVID-19. The Americans are allowed to visit the Alpine nation, says the US Embassy in Switzerland.