Swiss soldier fined for shooting himself in foot 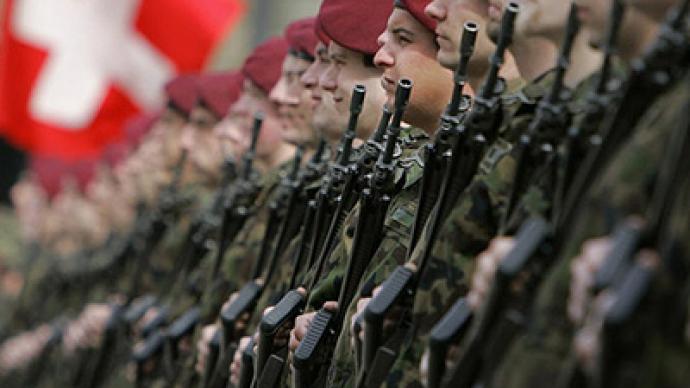 A Swiss soldier was hospitalized after the incident while a colleague, who was standing just five metres away at the time, was treated for ringing ears, The Local Switzerland reported. The military court fined a soldier for 300 Swiss francs and adviced him to be fully concentrating on the task at hand.

The the 23-year-old Swiss soldier has been fined by a military court for putting one of his comrades in danger in April while performing guard duty. The incident took place at the Swiss army’s Richtstrahlschule 62 recruit school in the canton of Zurich when the soldier shot himself accidentally while carrying out a security check on his assault rifle.

According to the young man, he had never even imagined the magazine of the army-issue SG 550 might contain live ammunition, so, when a shot was let off the rifle to his foot, he was shocked. Later, he was hospitalized while his colleague who was standing just five metres away at the time was treated for ringing ears.

The soldier has now been ordered to pay a fine of 300 Swiss francs (€260) for endangering his colleague. He will have to pay a further 1,100 francs if he commits any other disciplinary infractions, according to a military court.

“It can be expected of the soldier found guilty in this case that he would be fully alert while on guard duty carried out while holding a loaded weapon,” the court said in its ruling.

Investigations revealed he did have a phone in his trouser pocket when he shot himself, despite the carrying of phone being banned while on guard duty. A military spokesperson said phones could easily distract soldiers and were off limits given that soldiers had to be fully concentrating on the task at hand.