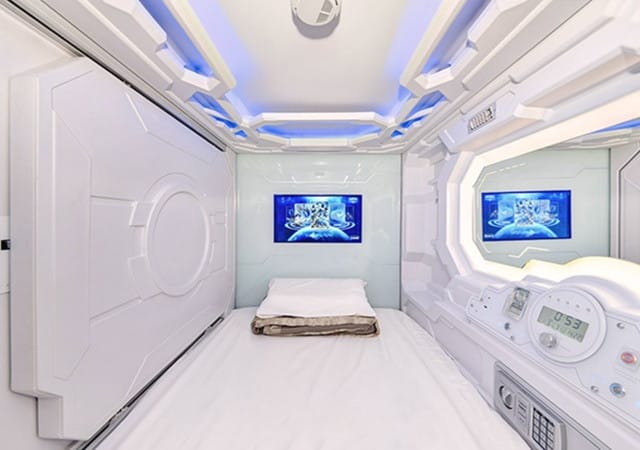 The futuristic hotel Hirschengraben Coworking + Innovation was working just for one week, Luzerner Zeitung reported. The unusual capsule hotel’s owners hoped to have the hotel up and running again as soon as possible.

The businessmen decided to make Switzerland “affordable for everyone” and offered a new type of the hotel, so-called capsule hotel in Luzern. Unfortunately, such futuristic hotel closed after just one week. There were no people who wanted to stay in the unusual ‘rooms’ looked like tiny cells. In fact, Swiss ‘capsule hotel’ is causing sleepless nights for its operators after being temporarily shut down.

Japanese pod-style sleeping for just €31 to €53 a night and such an advantage price was a promise of the new Capsule Hotel in Lucerne. Of course, the futuristic hotel with 18 pods of varying sizes and levels of luxury captured plenty of media attention when it opened recently.

But just after a week after opening, the hotel has been closed because a building permit had not been obtained. A spokesperson for the organization that operates the hotel, Hirschengraben Coworking + Innovation, says it “worked closely” with authorities during construction but had been forced to close because of “a misunderstanding”. In its turn, the city planning department told the journalists there was currently no building permit.

According to the municipal authorities, Luzern was eager for the hotel to be reopened and that they were working together with operators to make this happen. So far, the re-opening date of the futuristic hotel is unknown.