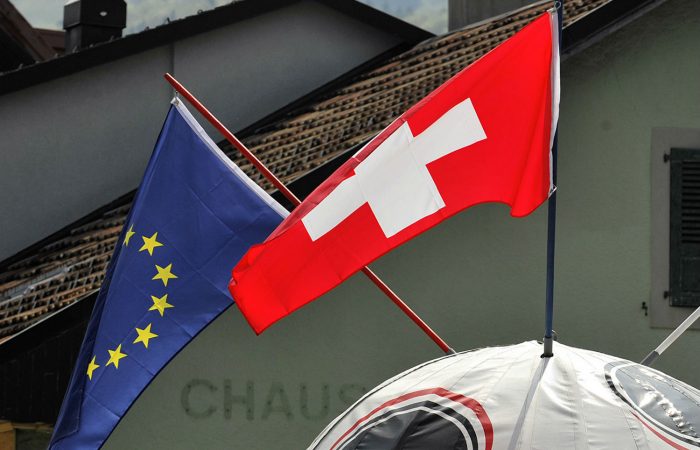 As more migrants as lower economic prosperity, said the Swiss Federal Council on Tuesday. The Alpine nation leaders warned that an initiative proposed by the Swiss People’s Party (SVP) up for a vote in May would end free movement and even threaten the economic prosperity of the traditionally wealth state.

The simple and understandable ties between the volume of migrants and economic prosperity became subject for discussion took place during the Swiss Federal Council meeting. In figures, the migrant initiative would cost between 460 to 630 billion over the next 20 years.

Currently, while Switzerland is not a member of the EU, EU citizens are free to live and work in Switzerland and vice versa.

While comparisons have been made between the initiative and the United Kingdom’s Brexit referendum, one major difference between the two is that the EU has no obligation to negotiate a deal with Switzerland should the existing freedom of movement rights be terminated.

Karin Keller-Sutter, a member of the seven-person executive which acts as Switzerland’s head of state, said supporters were gambling with Switzerland’s future. “It’s a poker game and a leap into the unknown. It’s irresponsible,” she said and added that they have no another plan.

In her speech, Keller-Sutter also warned that a range of other arrangements which impact trade and commerce would be put at risk. The EU is Switzerland’s major trading partner, with exports to the bloc making up more than half of Switzerland’s total.

If the initiative is approved, Bern and Brussels would have one year to hammer out a new migration agreement. While the Swiss People’s Party (SVP) is staunchly in favour of the proposal, the remainder of the larger Swiss political parties said they will never support that.