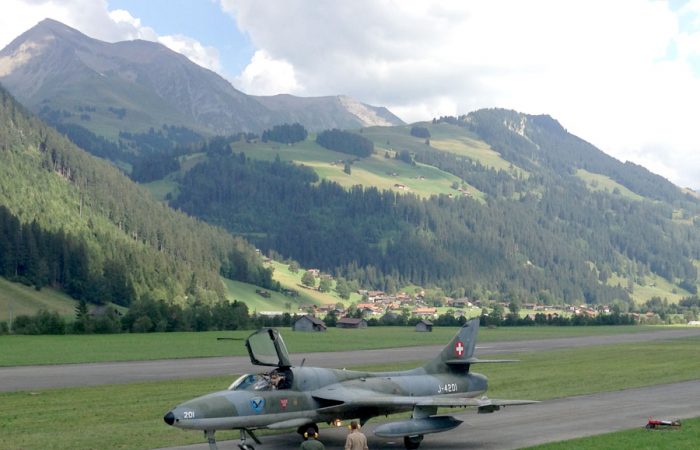 Switzerland is ready to vote on Sunday, the topic for the planned referendum is spending as much as 6 billion francs ($6.5 billion) on new fighter jets made by companies such as Boeing Co. or Lockheed Martin Corp.

Sunday referendum on replacing the Alpine nation’s ageing fleet from 2030 is scheduled for Sept. 27 and is expected to pass.

Neutral Switzerland looks ready to pass a bill, which allows the government to modernize the national air forces. Meantime, the plane makers and airlines are exploring new designs to reduce fuel burn and cut carbon emissions in a warming climate. Blending the wings with the fuselage to cut drag is one of several possible solutions.

Measures on immigration and paternity leave are also on the ballot, part of the Swiss tradition of direct democracy which sees citizens casting ballots on a variety of topics several times a year.

Referendum as a way to upgrade Switzerland’s air force

Sunday’s vote is the government’s second attempt at an upgrade of its air force. Officials say it’s necessary to keep the country safe, including for when heads of state attending the World Economic Forum in Davos.

At the same time, the critics stress that the new fighter jets aren’t suitable for modern-day threats like cyber-attacks or natural catastrophes.

Six years ago the Swiss rejected a 3.1 billion-franc order for Saab AB’s Gripen jets. That was shortly after the Swiss had to rely on the Italians during a passenger plane hijacking in Geneva. The incident took place too early in the morning for their own air force.

Now the government is asking the public to approve the funding before deciding on the type of aircraft. Bids from France’s Dassault Aviation SA, Airbus SE, Boeing and Lockheed Martin have been solicited.

However, Switzerland’s government insists on an important aspect. Whichever firm wins the Swiss aircraft contract will be required to place orders in the country equivalent to 60% of the purchase price of the new planes. The move aimed to help the Swiss industry, especially amid the corona times.