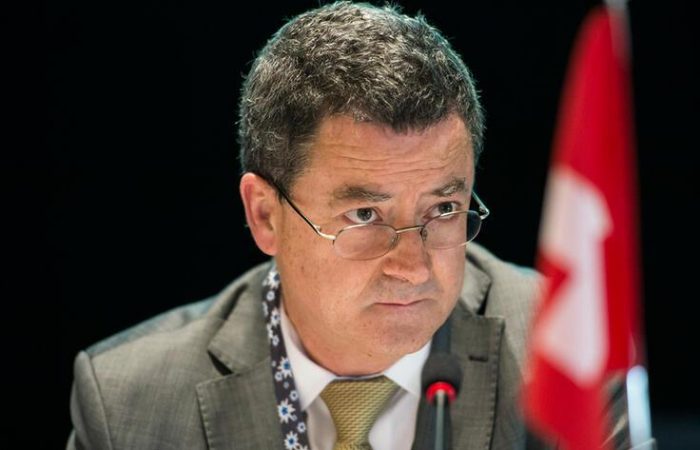 Switzerland’s foreign ministry on Wednesday made ambassadorial positions reshuffle around the world. As Keystone-SDA has learned, State Secretary and Swiss Ambassador to Moscow Yves Rossier has handed in his notice.

The veteran diplomat Rossier, 60, left the Swiss foreign ministry at his own request. The ministry has received Rossier’s request but did not comment on the reasons for his resignation.

Yves Rossier who trained as a lawyer and graduated from the College of Europe in Bruges in 1986 was Swiss State Secretary from 2012 to 2016. The diplomat played a key role in preparatory negotiations with the European Union over Switzerland’s framework agreement with the EU.

In 2017, Rossier moved to Russia, and his term of office in Moscow expired at the end of 2020. In December, Switzerland’s foreign ministry planned to transfer the 60-year-old diplomat to Riga, Latvia’s capital.

According to the local newspapers, smart and hard-working Rossier’s preferred destinations were London or Ankara, but the foreign ministry had other vision. It reportedly offered Yves Rossier several alternatives, including a post in Geneva, but veteran diplomat rejected these options as well as Riga.

Rossier is known for his travelling economy class. He comes to Brussels without his entourage, his papers stuffed into a bulging black backpack.