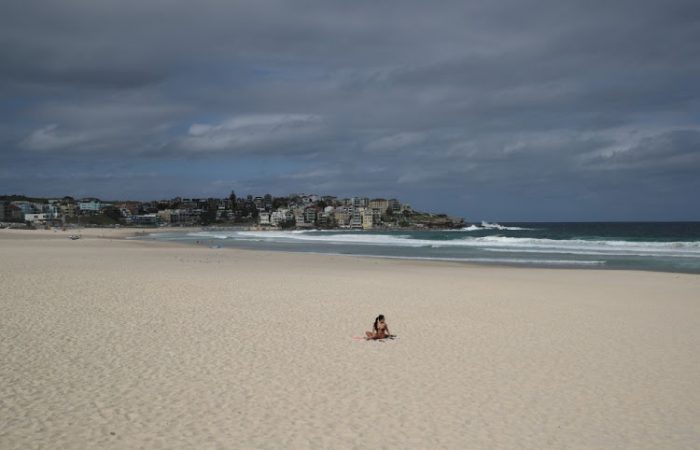 Sydney’s citizens ignored PM Scott Morrison’s instructions for social distance and made a crowd on the usual place for fun and entertainment, Bondi Beach. As Reuters reports, following such lack of obedience, the city authorities had to close the most famous beach for a certain time.

According to PM Morrison stricter rules took effect since Friday, the overall limits of 100 people gathered indoors and 500 outdoors remained in force.

For Australians, the new rules on socialising like requiring indoor venues such as bars and restaurants to maintain a density of no more than one person per four square metres of floor space, sounds strange.

Until Saturday, Bondi Beach remained the place for traditional relaxing for thousands of people flocked there in recent days, defying social distancing orders to prevent the spread of the coronavirus. On Saturday, there is only one single sun-worshipper on the country’s most famous strip.

Health Minister Greg Hunt confirmed 874 cases, the death toll was seven, unchanged from a day earlier. According to Hunt, the crowds on Bondi Beach are “unacceptable” when Australia does its best to minimize the number of infected.

Bondi Beach closed due to coronavirus: “This is about saving lives”

New South Wales state police minister David Elliott announced Bondi’s closure, warning “this is going to become the new norm” if people did not comply with regulations that prohibit more than 500 people gathering at a non-essential event.

Commenting on the new restrictions during his televised news conference, David Elliott explained: “This is not something we are doing because we are the fun police”.

“We will be closing down the type of iconic activities that unfortunately we’ve come … to love and adore about our lifestyle,” Elliot said and added the lifeguards who patrol the state’s many beaches will conduct headcounts. More than 500 people at any one location will mean closure of the beach.

The Australian response to the COVID-19 epidemic, while unprecedented, has been less severe than in Europe. Schools in the country remain open, with PM citing medical advice despite some criticism of that controversial tactic.

However, in Victoria, the state partially broke that national agreement on Saturday when it ordered public schools in the state to close for two days next week to trial the viability of online education for pupils.