Syria: Anybody will be able to run in 2021 presidential election, Assad said 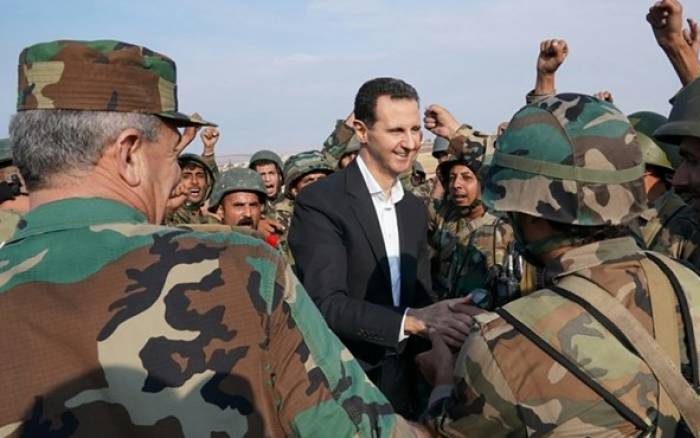 Syrian president confirmed that the 2021 elections will be an opportunity for anybody to run for the presidency. As Reuters reported, Bashar al-Assad suggested that there would be numerous rivals for the Office.

The Syrian head of state has commented on the upcoming presidential elections. During his interview to the Russian state-run RT channel, he said that 2021 race will be more intriguing that 2014 event. That time, Assad faced only two rivals.

«Last time we were three and this time, of course, we are going to have as much as they want to nominate. There are going to be numerous nominees,» Assad said.

Syria is doing its first steps on restoring life in the war-torn country. While Bashar al-Assad is waiting for the 2021 race, his Turkish counterpart reports on returning 365,000 refugees to their homeland in northern Syria.

In his speech at Bestepe National Congress and Culture Center in the capital Ankara, Recep Tayyip Erdogan stressed that Turkey would make the return of more Syrian refugees possible either by organizing an international donors meeting or through some model projects.

In less than a month, Turkish troops have made an area of over 8,100 square kilometres in northern Syria safe for internally displaced places persons return.

As a result of three cross-border military operations Turkey conducted in Syria, Turkey neutralized 3,500 ISIS terrorists and arrested 5,500. The recent military campaign, Operation Peace Spring, became the most successful. That campaign has eliminated terrorists from northern Syria in order to secure Turkey’s borders, aid in the safe return of Syrian refugees. Thanks to the Turkish operation, Syria’s territorial integrity was ensured.

Now, Ankara wants to clear northern Syria east of the Euphrates River of the terrorist PKK and its Syrian offshoot, the YPG, which listed as a terrorist organization by Turkey, the U.S. and the European Union. YPG fighters are responsible for the deaths of 40,000 people, including women, children, and infants.