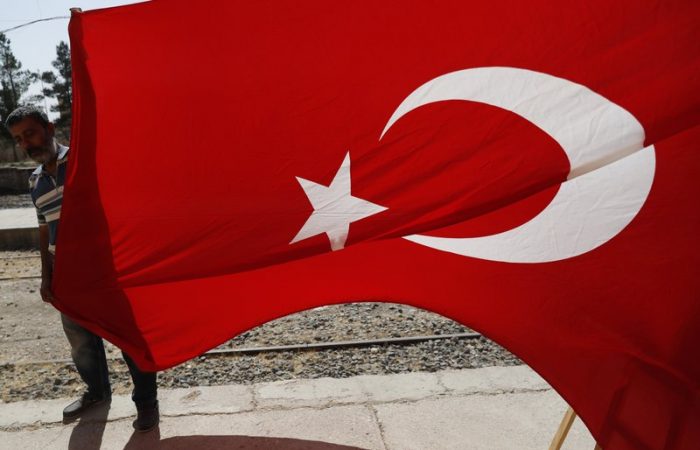 The Turkish offensive in Syria became a concern for the EU countries, DW reports. The experts believe that the military campaign could disrupt the fragile stability of the region and even pave the way to ISIS reestablishing in northern Syria.

Last Wednesday, the EU called on Turkey to «cease the unilateral military action» in northern Syria after US President pulled out the American troops stationed there. The meeting of EU foreign ministers in Luxembourg on Monday will consider all political aspects of military offensive.

Among the most anticipated results of Luxembourg meeting will be the possible sanctions and an EU-wide arms embargo. Last week, Norway, Sweden have stopped the arms sale to Turkey, and Denmark MPs have supported that decision.

According to critics, Erdogan’s move could have the consequences, one of them is disrupting the fragile stability Syria, harming and displacing thousands of local residents and paving the way for the self-proclaimed caliphate to re-establish itself in the war-torn country.

In a press conference on Sunday, French President Emmanuel Macron and German Chancellor Angela Merkel condemned the offensive. Historically, the Kurds were instrumental in shaking the extremist group’s hold on the region.

«We have a common desire that this offensive ends,» Macron told journalists.

Last week, Germany and France, along with Sweden, Finland, Norway and the Netherlands, have halted arms exports to Turkey. Turkey has said the move will have little effect even when Denmark joined this circle.

No decisions on concrete measures are expected during Luxembourg talks. However, the matter is set to be addressed further when EU will consider Syrian problem this week.

On Sunday morning, in her phone conversation with Turkish President Recep Tayyip Erdogan, Angela Merkel insisted on «immediate termination» of the military action in northern Syria.

«Given the background of the Turkish military offensive in north-eastern Syria, the Federal Government will not issue any new permits for any military equipment that could be used in Syria by Turkey,» German Foreign Minister Heiko Maas told Bild am Sonntag.

Unfortunately, Turkey ignored all the EU moves, including an arms embargo. Ankara has scoffed at this warnings, saying any sanction will «just strengthen us.»