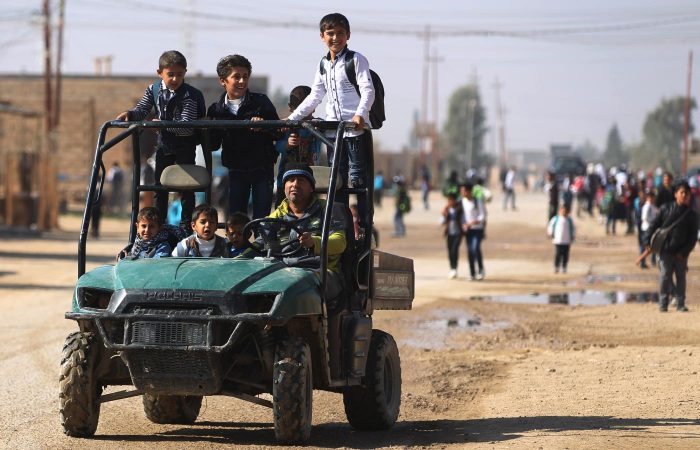 The al-Qaim crossing on the border between Iraq and Syria is open now, Middle East Eye reports on Monday. For the first time since 2014 when caliphate seized the territory, the local people are able to cross that zone safely.

Syria-Iraq border passage in Iraqi Anbar province was opened for the first time since ISIS was ousted from these territories. On Monday, the first group of the local kids passed al-Qim crossing by the car, driver has transported the pupils to school in al-Qaim.

On the opposite of the crossing, Albu Kamal in Syria’s Deir Ezzor region, people also were happy to get a reopened safe crossing. ISIS presence has ruined the daily life of the residents who remember those years as a non-stop nightmare.

In peaceful times, the al-Qaim border crossing was the vital highway linking the capitals of Iraq and Syria. Its reopening on Monday revived the hopes and aspirations of the local communities for normalization of their lives, said Syrian Interior Minister Mohammad Khaled al-Rahmoun. According to official, the reopening is «the result of the two peoples’ victory over any armed terrorist group».

In fact, Iraqi security forces retook the border post in late 2017 as part of a massive operation backed by an international coalition against the militants’ self-proclaimed ISIS.

Iraq, Syria move towards normalization of daily life on territories suffered from ISIS

Under ISIS ruling, the communities living from both sides of Al-Qaim border crossing, lost all their businesses and even opportunity to live like a normal people. The vital border zone on the far west of Iraq’s Anbar desert province stretches to the edge of Baghdad. Actually, it has long been a smuggling zone with tribes living on both sides.

On the Syrian side of the border, Albu Kamal lies in the province of Deir Ezzor, where the self-proclaimed ‘caliphate’ held its last square before its fall in March.