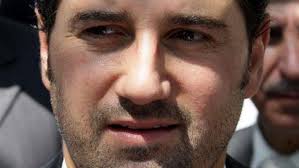 Syrian President’s cousin Makhlouf is currently being held under house arrest because he refused to help al-Assad in his paying debts to Russia. According to the insiders, Makhlouf wasn’t going to give up billions of dollars to his cousin while the finance ministry has frozen the businessman’s assets over claims Makhlouf reportedly imported smuggled goods.

“Based on the recommendations of the Anti-Smuggling Department, it was decided to reserve the moveable and immoveable assets of Makhlouf,” the ministry said.

As an official statement reads, “This reserve of assets was conducted to guarantee the rights of the public treasury regarding the fees and fines related to the case of smuggling goods worth two billion liras [$3,883,504].”

Since 2008, Rami Makhlouf has been included on a blacklist of persons who are under the US and EU sanctions due to claims that he has supported the Assad regime.