Syrian Kurds deny involvement in the explosion in Istanbul. 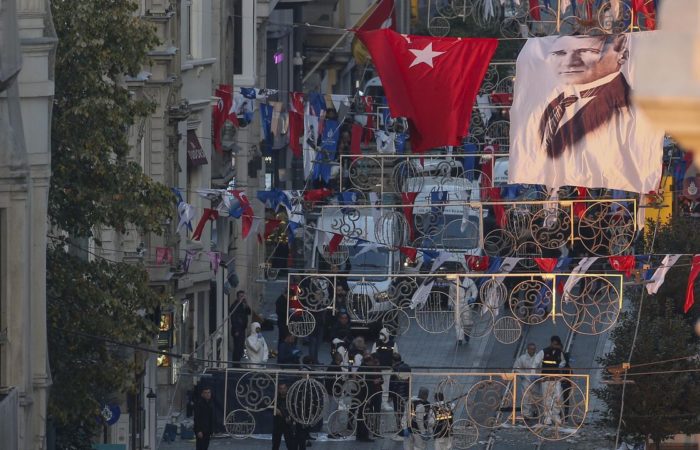 The Kurdish detachments of the Syrian Democratic Forces (SDF) are not involved in the explosion in Istanbul, said SDF commander Mazlum Abdi, whose words are reported by Rudaw TV channel.

Previously banned in Turkey, the Kurdistan Workers’ Party (PKK) also declared its non-involvement in the attack in Istanbul.

“We declare that our forces have nothing to do with the explosion in Istanbul, we reject the accusations made against us,” Mazlum Abdi was quoted as saying by the TV channel.

⠀
The Kurdish military leader expressed “sincere condolences to the families of the victims and the Turkish people” on behalf of the SDF, wishing “a speedy recovery to the injured.”

On Sunday afternoon, an explosion occurred on the pedestrian Istiklal Street in the center of Istanbul, killing six people and injuring 81.

The suspect in the attack was detained, she admitted to having links with the Kurdistan Workers’ Party (PKK) banned in Turkey. The head of the Turkish Interior Ministry, Suleiman Soylu, announced suspicions that the order to carry out the attack came from the Syrian border town of Kobani, and the perpetrator entered Turkish territory through the city of Afrin.