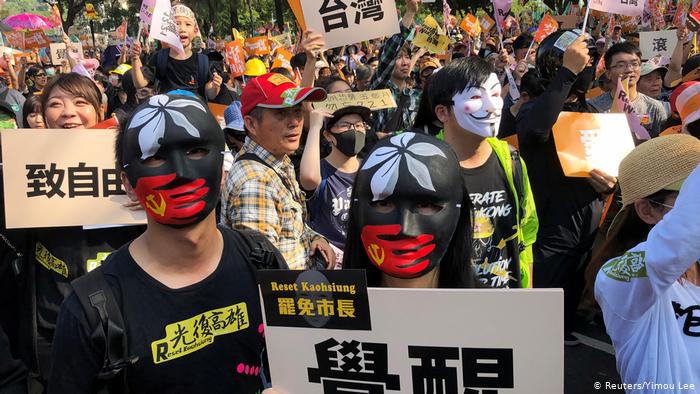 Hong Kong’s President Tsai Ing-wen said that China’s planned national security law may prompt her country to revoke the special status it extends to the island. If so, that move that could anger Beijing and make it harder for Hong Kongers to visit or keep business.

Following almost a year of anti-government protestsi, China is proposing the new legislation for the Chinese-ruled city. In fact, the decision has already ignited renewed unrest in Hong Kong and prompted condemnation from Western capitals.

The activists have won widespread sympathy in democratic Taiwan, and the support for the protesters by President Tsai and her administration has worsened already poor ties between the two nations.

Important to realize that China has repeatedly denounced Taiwan’s government for supporting the protesters, and accused activists in both places of colluding to plot independence.

Mrs Tsai wrote oh her Facebook that the proposed legislation was a serious threat to Hong Kong’s freedoms and judicial independence and that Taiwan would provide the people of Hong Kong with “necessary assistance”.

Taiwan deals with Hong Kong and neighbouring Macau under rules that, for example, allow residents of the two Chinese cities to visit and invest in Taiwan much more easily than mainland Chinese.

Tsai said if there were a “change in the situation” in Hong Kong, the act laying out those rules could be revoked.

“We hope the situation in Hong Kong does not get to this stage, and will pay close attention to developments, and take necessary corresponding measures in a timely way,” she added.

The Tsai government is watching how the legislation plan progresses in Beijing before deciding the next move. In the worst-case scenario, people and investment from Hong Kong would be treated as stringently as those from mainland China.

Taiwan offers special treatment to Hong Kong, including an investment-immigration programme that has attracted tens of thousands of immigrants from the city.

However, the second official warned that Beijing may close Taiwan’s de facto consulate in the city in retaliation, and that any change to the act could choke Taiwan-Hong Kong trade.

However, the second official said Taipei would keep offering “necessary assistance” to Hong Kong citizens whose safety and liberty are threatened for political reasons.

“This is not aimed at Hong Kong’s people, but aimed at Beijing.”

Taiwan has no law on refugees that could be applied to Hong Kong protesters who seek asylum on the island. Its laws do promise, though, to help Hong Kongers whose safety and liberty are threatened for political reasons.