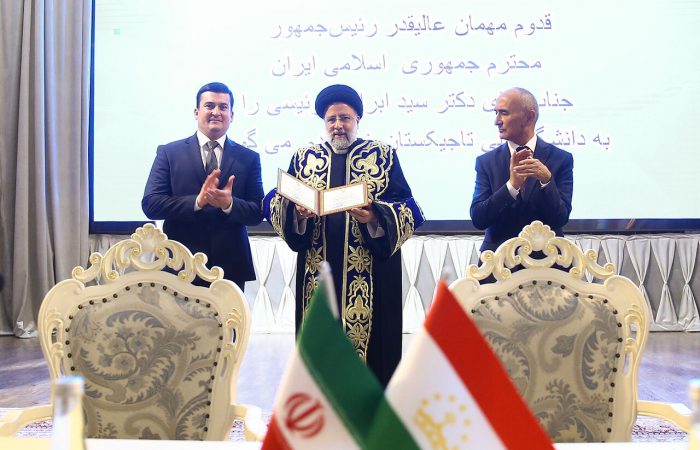 Iran’s President Ebrahim Raisi arrived in Tajikistan where he was warmly welcomed by his counterpart, Emomali Rahmon. The official meeting of the two leaders took place in the Palace of Nations on Saturday.

The top Tajik officials have attended the historical meeting at the Palace of Nations where Tajik and Iranian leaders have shaken their hands. Prime Minister Kokhir Rasulzoda, Chairman of the National Assembly Rustam Emomali and Chairman of the Assembly of Representatives Mahmadtoir Zokirzoda attended the event.

The two countries’ leaders will share the details of the outcomes and the achievements of the meetings in a joint press conference.

The Tajik National University, the largest and most prestigious university in the country, was established in 1947, IRNA reports.