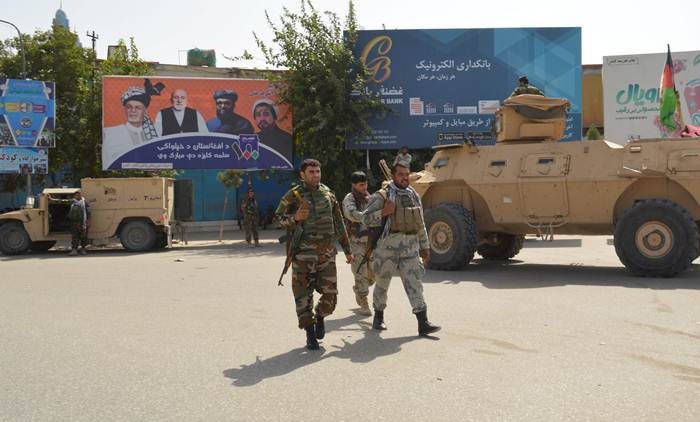 The Taliban’s large-scale attack resulted in killing at least 15 people, Kunduz officials said Saturday. The suicide attack in one of Afghanistan’s main cities left wounding more than 80 citizens, including members of the security forces.

While Taliban officials continued negotiations with the United States on ending the civil war, the terror attacks don’t stop. On Saturday, a suicide bomber detonated his explosives at the main intersection in Kunduz after hours of efforts by Afghan security forces to push the militants into the city’s outskirts.

The Taliban seized Kunduz, at the heart of a major agricultural region, for around two weeks in 2015 before withdrawing in the face of a NATO-backed Afghan offensive.

The militants now control or hold sway over roughly half of the country and are at their strongest since their 2001 defeat by a US-led invasion. Such attacks are seen as strengthening their negotiating position, Interior Ministry spokesman Nasrat Rahimi said.

Taliban almost immediately claimed responsibility for Kunduz suicide attack, which occurred after the defence and interior ministers visited Kunduz and asserted that Afghan forces had repelled the terrorists.

The bodies of at least three civilians and two members of the security forces were taken to the city’s hospital earlier in the day and at least 80 wounded civilians of all ages were treated, including women and children, said the provincial health director, Esanullah Fazeli.

While the commander of US forces in Afghanistan, Gen. Scott Miller, also visited the city, the US envoy in the peace talks has raised the Kunduz attack issue with the Taliban and warned them on his Twitter that “violence like this must stop”.

Afghan Presidential spokesman Sediq Seddiqi showed the support to the US and told reporters the attack was “completely against the peace talks.”

Despite the peace process, the Taliban have continued bloody assaults on civilians and security forces even as their leaders meet with Khalilzad in Qatar to negotiate an end to nearly 18 years of war. Kunduz incident demonstrates that the Taliban are not interested in a cease-fire, which has been a central topic in the Qatar talks.

The United States in the peace talks has also sought Taliban guarantees that Afghanistan will no longer be a launching pad for terror attacks such as the 9/11. In 2001, the Taliban government had welcomed al-Qaida leader Ousama bin Laden.

Some 20,000 US and NATO forces remain in Afghanistan after formally ending their combat role in 2014. They continue to train and support Afghan forces fighting the Taleban and a local affiliate of the Islamic State group.

Many Afghans worry that an abrupt departure of allies like US and NATO will leave Afghan forces vulnerable and further embolden the Taliban, who already portray a US withdrawal as their victory.