Ten people have died in a casino fire in Cambodia. 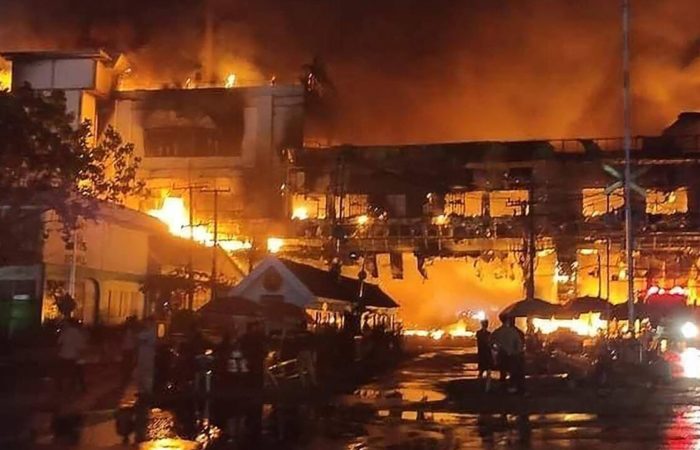 At least 10 people were killed and 30 people were burned and injured in a fire at a casino hotel located on the Cambodian side of the Poipet border crossing on the Thai-Cambodian border.

The fire at the Grand Diamond City Casino, popular with Thai players, started on Thursday night and has not yet been extinguished, the newspaper reports, citing local authorities.

“At the moment, at least 10 people have died, another 30 people who were injured were taken to a hospital in the city of Aranyaprathet in Thailand. Most of the dead are casino workers, citizens of Thailand and Cambodia,” Nem Phang, the head of the administration of the Cambodian city of Poipet, Nem Pheng, told the publication.

He added that at the time of the start of the fire in the casino hotel were more than 400 people, both guests and staff.

⠀
Kun Kim, vice president of the Cambodian National Committee for Emergency Situations, told reporters in Phnom Penh this morning that a rescue team and helicopters had been sent to the scene of the fire to rescue people who could not get out of the burning building, the newspaper reported.

⠀
Local authorities have not yet been able to say anything about the causes of the fire, the report said.