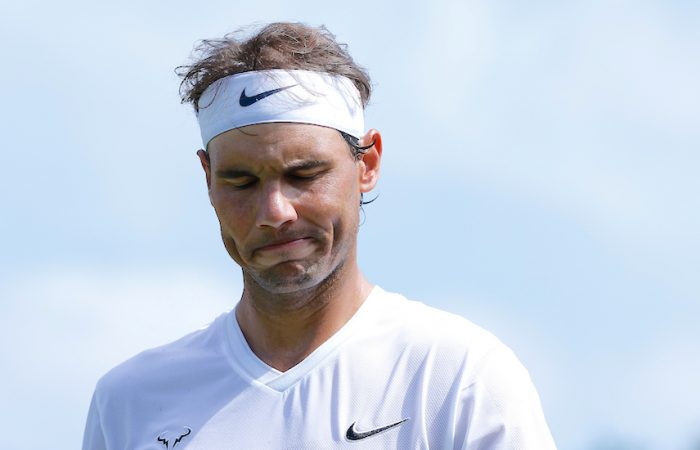 In Melbourne, the qualifying matches were impacted as smoke blanketed the city on Tuesday, so, the players, medical staff and the organizers have o make one decision. To play or not o play under such weather circumstances. If so, when the referee has a right to interrupt the match?

The decision comes after controversy erupted during Tuesday and Wednesday’s qualifying rounds when play continued despite a thick smoke haze caused by bushfires hovering over Melbourne, and the basis for the decision to play remained unclear.

«It’s the same for everybody, so it will be really difficult to breathe for sure. I do have my medicines here, as well. Yeah, I’m going to use it if it’s important,» Petra Kvitova said.

Rafael Nadal also voiced a concern with the air quality but the Spaniard relies on the professional opinion of specialists and doctors.

«The only thing that, in my opinion, the tournament can do is listen to the specialists, listen to the doctors, and then make the decision based on what the doctor says,» the Spanish athlete suggests.

The Grand Slam tennis tournament in Australia is about to start under difficult situation. According to Australian Open organizers, the air pollutants will be measured by air monitoring stations located throughout the precinct and particularly the particulate matter rating PM2.5.

If the PM2.5 concentrate reads less than 97 than play will proceed while reading between 97-200 will «trigger discussion between medical staff and officials about the advisability or otherwise of proceeding with match play». The only thing is sure that a play will be suspended if the reading exceeds 200.

If the reading exceeds 200 (leading to an air quality rating of five) then play will continue until an even number of games in the set are played unless the referee uses their discretion to stop play immediately.

«We will support the appropriate decisions that are in the best interest of the health and safety of the players, fans, staff and volunteers,» WTA statement reads while ATP gave no comments.