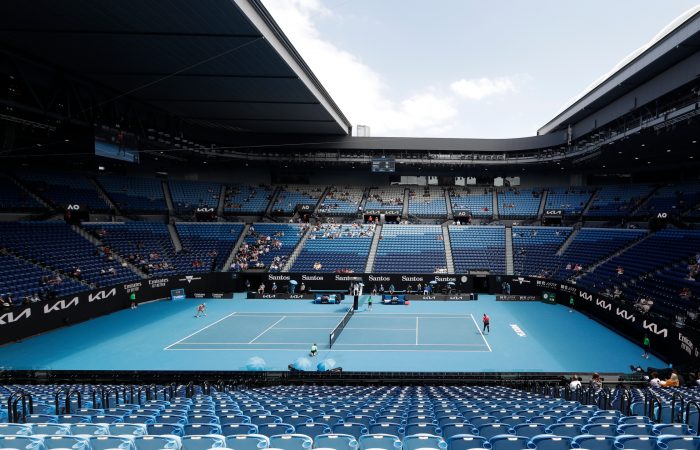 Tennis Australia, the organizers of the Australian Open tournament, banned spectators. The matches go on with the empty echoing stands, NPR reports.

The Grand Slam organizer had allowed 30,000 fans to attend tennis matches thus far. But under the new restrictions, the Australian Open stands will sit empty.

The Australian Open is actually closed for spectators, and all ticketholders for matches during those days will get a full refund.

The lockdown ruined all plans in every stage of the Grand Slam tournament. The annual sports event aimed at generating income but amid pandemic, it is just transforming its organizers into bankrupts.

To soften the reaction, PM Andrews urged Victorians to remain resolute for the next five days.

«By limiting our movement, we limit the potential spread of the virus. And by going hard and going early – we’re giving ourselves every opportunity to get in front of this,» the top state official urged people.