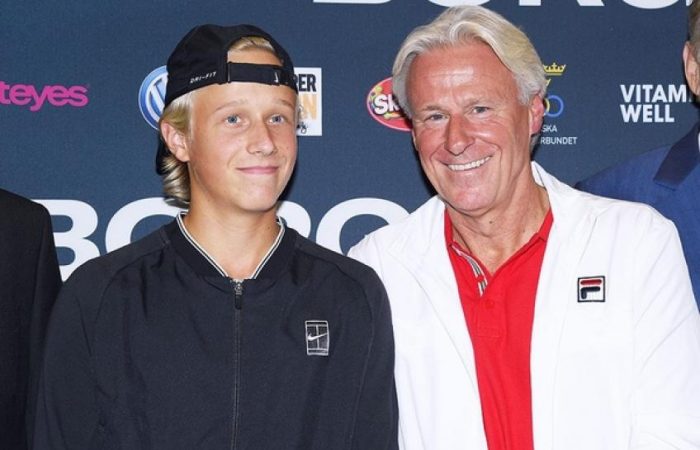 The tennis legend Bjorn Borg has confirmed his son, Leo, likes to be a student at the Rafa Nadal Tennis Academy. The great Swed’s son is 17 and he takes his first steps into the professional circuit, Spanish daily Marca reports.

Former World No. 1 Bjorn Borg turned 64 years old earlier this month. The proud father of 17-year-old son says he hopes Leo Borg learns the winning mindset from the current champions of tennis. Borg insists Leo can learn the same at the Rafa Nadal Academy in Spain, where he will go back to training once the borders in Spain open up.

Talking to the Spanish daily newspaper, the 11-time Grand Slam champion Borg confirmed his son Leo Borg is taking his first steps into the professional circuit.

«The most important thing is that he, despite his young age, has the ambition to be a good player. And I think that in the Nadal academy you will find the facilities to improve. He will be able to train on different surfaces and he will meet young people like him, from different parts of the world, and in the same circumstances,’ Borg said.

Both Borgs are waiting for the borders to open in Spain. Commenting on Leo’s first success, Bjorn noted that Rafa’s academy is one of the best in the world. Leo has been there three times and he loved it.

Borg believes that idea to merge the men’s and women’s tours is quite reasonable. As tennis champion noted, in his time it was already talked about. The athlete confessed he sees no reason why men and women cannot work together.

«I love to watch women’s tennis. They have players with a great personality and who know what the game is about. With the two circuits together, tennis would undoubtedly be even stronger,» Bjorn added.

Commenting on the empty stands because of the coronacrisis, Borg said he would find it hard to imagine playing the big events without fans. «Our sport will be one of the last to come back because it is global and there are players from all over the world.» the great Swed said.

Bjorn Borg became the legend of tennis after he won six French Open titles and five Wimbledon titles. The unbelievable Swed also won three year-end championships and reached the final of the US Open on four occasions.