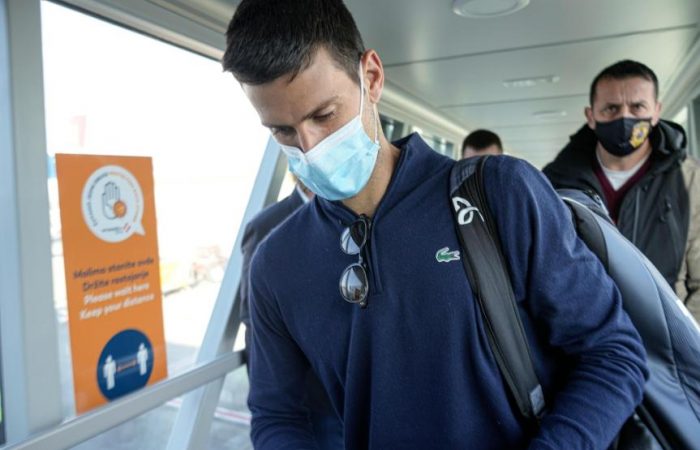 Novak Djokovic, the tennis No 1, had to say goodbye to Melbourn and his hopes to the next possible Grand Slam title. Australia sent a tennis plater to home country due to his violating of the vaccination rules.

Djokovic returned home Monday after being thwarted from defending his Australian Open title only to face a new predicament: He could be barred from the French Open this year, too, if he’s still not immunized against the coronavirus.

At least the first chapter in a sport drama that has resonance in the world of elite sports is closed. Surprisingly, Australia’s epidemiologic politics caused the polarized debate over the COVID-19 shots.

Upon arrival in the native Serbia, Novax received the warm welcome by a handful of fans waving the Serbian flag at Belgrade’s airport. The athlete has an almost iconic status in Serbia, and many there felt he was poorly treated by Australia. Their national hero faced in Australia “a farce with a lot of lies,” the Serbian President said.

But his troubles may not be over yet: Novak could be barred from the French Open this year, under a new law intended to exclude the unvaccinated from stadiums and other public places. Much could change between now and the start of the Grand Slam tournament in late May, but that raised the spectre that the recent incident in Australia would be not just a blip but an ongoing challenge for the athlete, who is increasingly being held up as a hero by the anti-vaccine movement.

France: the new law will apply to any tennis player in the 2022 French Open

France’s Parliament has learned an Australian lesson, said the MP Christophe Castaner. He added that the new law will apply to anyone who wants to play in the French Open — a reversal of earlier plans to create a “bubble” around the tennis tournament.

France’s sports ministry said Monday once the law is in place, there will be no exceptions until further notice.

It’s also not clear when Djokovic could head back to Australia. Deportation can lead to a three-year ban on returning to the country, although that can be waived, depending on the circumstances, OcRegister reports.