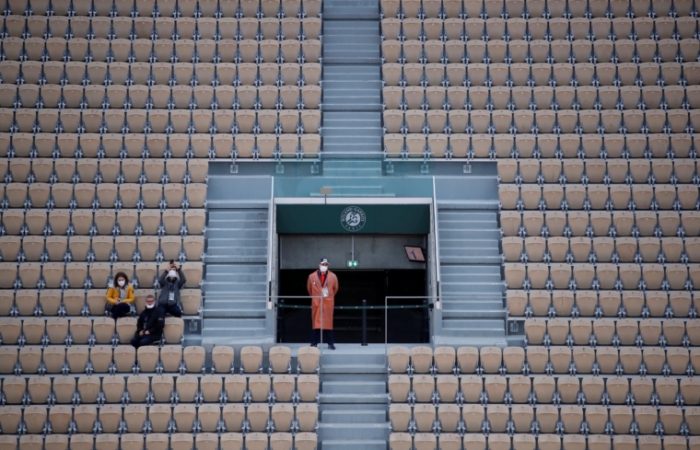 The upcoming 2021 French Open will be delayed by one week while crowds were limited to just 1,000 spectators each day.

The clay-court tennis tournament in Paris was set to begin May 23, however, the coronavirus restrictions were tightened across France last Wednesday. Thus, the French Grand Slam will now start on May 30, The Japan Times reported.

Meantime, the professional sports are carrying on, albeit behind closed doors. According to President Macron, restarting of cultural events could happen in mid-May, not earlier.

The French sports ministry on Thursday said that the ministers were discussing a possible delay of “a few days.” Despite this, the calendar is going to suffer from this postponement. Last month, Gilles Moretton, the new president of the French Tennis Federation, said he “dared not” consider an outright cancellation.

The 2021 French Open dates should not significantly affect the grass-court season, although the initial Wimbledon warmup events start on June 7.