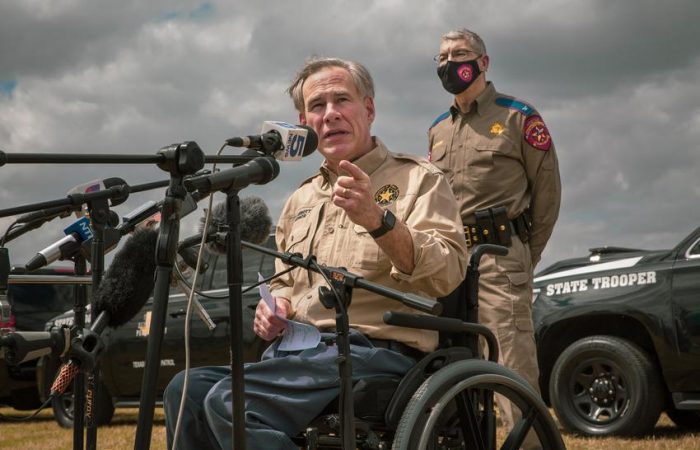 Texas Governor Greg Abbott has hared the new plan on curbing the migrant crisis. The state will build its own wall and starts to arrest the illegal persons who violate the US-Mexico border.

A Border Security Summit in Del Rio attended by Texas law enforcement, county judges, mayors, district attorneys, and landowners. Abbott promised that the state budgets that will appropriate more than $1 billion to increase border security. In other words, Texas will expand its border barrier, with more details to come next week.

The governor explained that Texas police will arrest illegal immigrants who enter the state, a clear message to anyone thinking about coming here.

Another state, Arizona, stretched its support to Texas, said Governor Doug Ducey. Both states are seeking the support of other states to send law enforcement officials to help with arrests and jailing.

The two governors, Abbott and Ducey, will be asking for resources such as drones and helicopters to help landowners, who have suffered damage to their property due to the surge in illegal immigration.

Slamming the Biden administration’s policies have led to the humanitarian crisis at the southern border, Abbott said that the state records the highest-ever levels of illegal immigrants, drugs, and contraband pouring into Texas.

“While securing the border is the federal government’s responsibility, Texas will not sit idly by as this crisis grows,” Abbott said. “The state is working collaboratively with communities impacted by the crisis to arrest and detain individuals coming into Texas illegally.