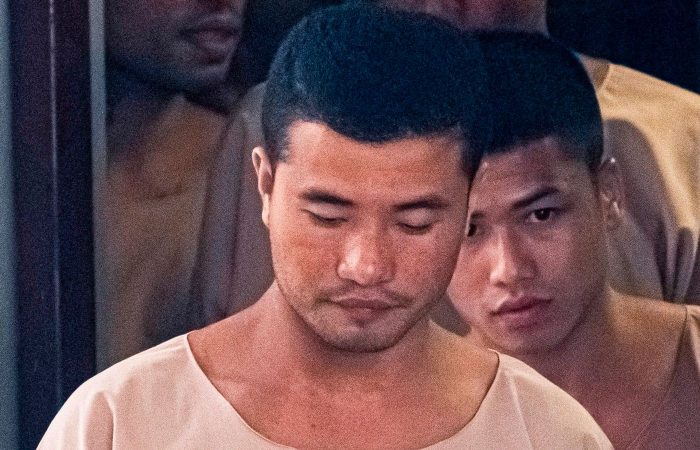 Two migrant workers from Myanmar were sentenced to death in 2015 after being found guilty of murdering David Miller and murdering and raping Hannah Witheridge. This week, Thai monarch commutes death of Myanmar nationals, Wai Phyo and Zaw Lin.

Thai king decided that the murders of two British backpackers shouldn’t be punished in a respective manner. Both men from Myanmar have had their sentences commuted to life in prison.

In 2014, the badly beaten bodies of the 24-year-old Miller and 23-year-old Witheridge were discovered on a beach on the holiday island of Koh Tao. Previous appeals failed, with the Supreme Court upholding the guilty verdicts in 2019.

Under the Thai tradition, ruling meant the king was the only person who could overturn the death sentences. A lawyer for the men confirmed that a royal decree published on Friday means that they will now serve life in prison instead.

According to the recently released decree, the Thai monarch pardons were granted to commemorate the King Maha Vajiralongkorn’s birthday on July 28 and to «illustrate the king’s clemency».

The mothers of the convicted men travelled to Bangkok in October to ask for a pardon from the Thai king. Both women, Phyu Shwe Nu and Taw May Thein, gave an exclusive interview to the Sky News at the time, maintaining their sons were innocent.»Don’t kill my son,» Phyu Shwe Nu sobbed. «My son didn’t do it, my son didn’t kill them.»

Both men have consistently denied the murders, saying their original confessions were obtained under duress.

Thai police say evidence, including DNA, found at the scene and on Hannah Witheridge’s body led to their arrests. The family of David Miller has repeatedly expressed its view that justice has been done and the evidence against the Myanmar nationals was overwhelming.

However, following the Supreme Court verdict in 2019, Mr Miller’s father Ian said he hoped the death penalty would be withdrawn in exchange for prison sentences.