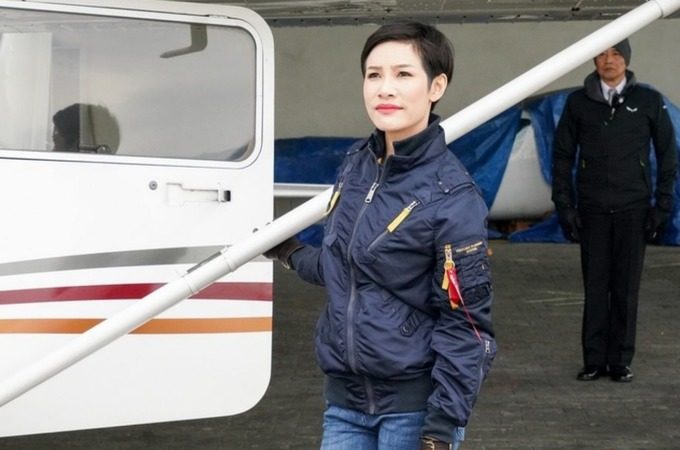 Thai king ordered to strip royal consort of her titles, ITV reported. The 34-year-old Sineenatra Wongvajirabhakdi didn’t realize how grateful she should be to the title bestowed upon her.

Thai Royal Household’s history has the only one precedent when the commoner was given a status of consort, in 1921. Chao Khun Phra Sineenatra Bilasakalayani becomes the first woman to receive that noble title since 1921 as well as the first who lost such privilege.

Thailand’s king has stripped his royal noble consort of her titles and military ranks for disloyalty. The monarch accuses his 34-year-old woman of seeking to undermine the position of his official wife for her own benefit.

Sineenatra had her title of Chao Khun Phra Sineenatra Bilasakalayani withdrawn, along with other royal and military titles and decorations.

Thai King has stripped Wongvajirabhakdi of her position. In May, the king named long-time companion Suthida Vajiralongkorn Na Ayudhya his queen when they were married a few days before his formal coronation.

Both women, the 41-year-old Suthida and 34-year-old Sineenatra, have served as senior officers in palace security units. King Vajiralongkorn has had three previous marriage but the fourth wife has disappointed him much more than others.

On Tuesday, the official statement was released by the Royal Household. The document claimed Sineenat had «shown resistance and pressure in every manner to stop the appointment of the Queen» ahead of the coronation in May.

«The king gave her a royal consort position, in hopes of relieving the pressure and a problem that could affect the monarchy,» said the Household.

It added the King decided she was «neither was grateful to the title bestowed upon her nor did she behave appropriately according to her status». According to the experts, the young woman couldn’t realize the position she was given and respective modus operandi she obliged to do besides the monarch.