The Brazilian prosecutor’s office asked to bring the ex-president Bolsonaro to trial. 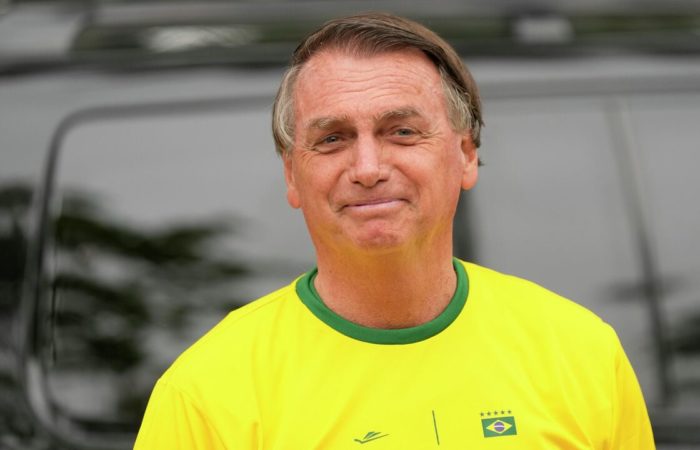 Brazil’s Attorney General’s Office has asked the country’s supreme court to involve ex-president Jair Bolsonaro in an investigation into the incitement and organization of riots that led to the seizure of power buildings in the capital.

“The Attorney General’s Office has asked the Federal Supreme Court to include a submission against former President Jair Bolsonaro in its investigation into 4,921 cases of incitement and intellectual authorship of anti-democratic actions that led to episodes of vandalism and violence in Brasilia last Sunday,” the prosecutor’s office said in a statement on its website.

⠀
Supporters of the ex-president of Brazil, Jair Bolsonaro, who have been protesting against the results of the presidential elections since the end of last year, seized the Congress building in the capital of Brazil on January 8, broke into the territory of the Planalto Palace, the presidential residence, and also into the building of the Supreme Court, local media reported. The police only managed to clear the government buildings from the protesters in the evening, they were looted, as a result, about two thousand people were detained.

The prosecutor’s office explained that the video published on January 10 and deleted by Bolsonaro, in which he questioned the result of the presidential election in 2022, is, in their opinion, public incitement to commit a crime. Despite the fact that the post on the social network was made two days after the riots, prosecutors intend to “investigate this behavior.”

⠀
Following the riots, the Brazilian Supreme Court received seven requests for investigations to identify perpetrators, sponsors, instigators and organizers of crimes under articles on terrorism, organizing a criminal community, the violent abolition of a democratic rule of law, a coup d’état, threats and persecution.