The Brazilian senator has demanded Bolsonaro’s extradition from the United States. 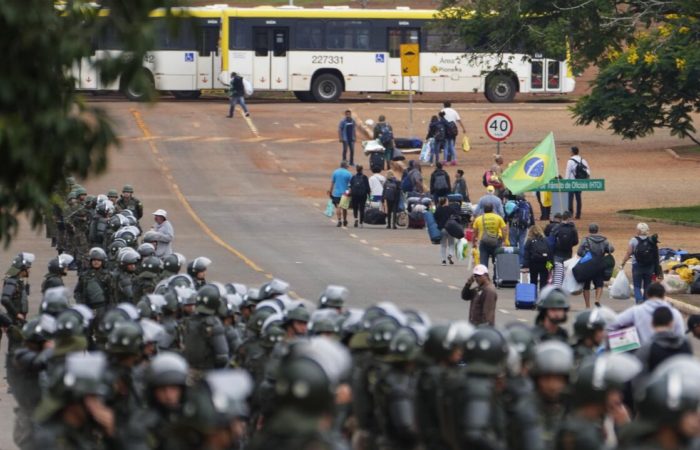 Brazilian Senator Renan Calheiros has sent a request to the judge of the Federal Supreme Court of Brazil, Alexandre de Moraes, for the immediate extradition of former President Jair Bolsonaro from the United States to Brazil.

Calleiros reportedly claims that Bolsonaro is “actively involved in and (bear) responsible” for the actions of the protesters.

According to the document, the senator demands that Bolsonaro be included in the investigation into the situation with the protests, that he be called to court to explain his participation in anti-democratic actions. Calleiros also requested the issuance of an order for the return of the ex-president to Brazil within 72 hours, and if it was not carried out within the prescribed period, he demanded a preliminary detention for Bolsonaro.

Bolsonaro flew to the US at the end of last year, not wanting to take part in the transfer of power to Brazil’s new president, Luis Inacio Lula da Silva. On Monday, it became known that he was admitted to a Florida hospital with severe abdominal pain.

⠀
Earlier, US Democratic congressmen Joaquin Castro and Alexandria Ocasio-Cortez called on the US authorities to “stop providing asylum” to former Brazilian President Jair Bolsonaro and extradite him to his homeland.
Supporters of the former conservative president Jair Bolsonaro, who have been protesting since the end of last year against the results of the presidential election, seized the congress building in the Brazilian capital on Sunday, broke into the territory of the Planalto Palace, the presidential residence, and also into the building of the Supreme Court, local media reported. Only in the evening, the police managed to clear government buildings of protesters, and more than 400 people were detained.

⠀
Security forces in Brasilia on Monday began an operation to disperse a protest camp located near the headquarters of the Brazilian armed forces.