The British king got angry because of the stained his fountain pen and swore. 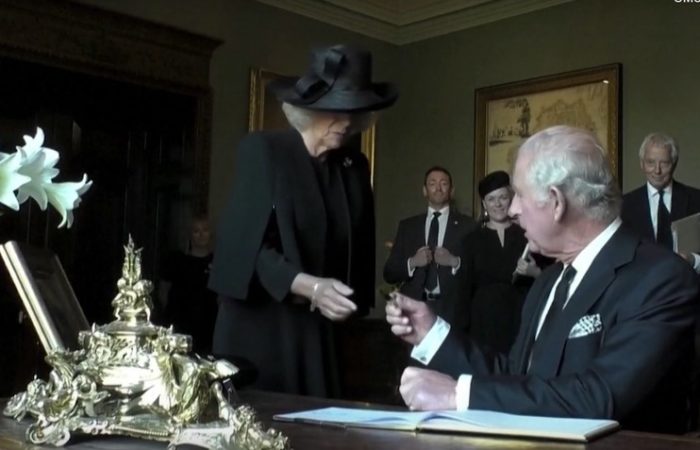 Charles III wrote the wrong date, which he himself admitted, asking his assistant what day it was.

King Charles III of Great Britain was so angry because of the soiled fountain pen that he could not contain his irritation and cursed. The incident came as the monarch was making an entry in the visitor’s book to Hillsborough Castle, the official royal residence in Northern Ireland’s County Down, on Tuesday.

First, Charles III wrote the wrong date, which he himself admitted, asking his assistant what day it was. Then, seeing that the pen had stained his hand, he said, “Oh my God, I hate this,” handing the pen over to Queen Consort Camilla. The wife of the head of state noticed that the pen, which her close associates immediately took away, continued to flow. To which the monarch, wiping off the ink with a handkerchief, said in an angry voice: “I can’t wear this damn thing … every time this abomination.”

In Northern Ireland, the king held meetings with politicians and religious leaders, talked with local residents.

Charles III, 73, became King of Great Britain on September 8 after his mother, Queen Elizabeth II, died at the age of 96. Her Majesty’s funeral scheduled for September 19