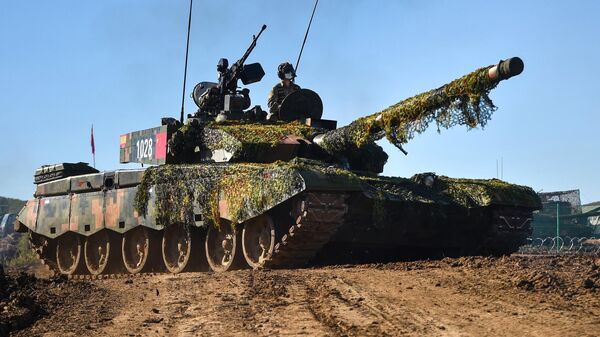 The Chinese armed forces on Sunday conducted military exercises in the waters and airspace near Taiwan to test the combat capability of troops to counter the provocations of outside forces and separatist forces on the island, said Shi Yi, spokesman for the PLA’s Eastern Combat Command Zone.

“The Chinese People’s Liberation Army’s Eastern Combat Command organized joint combat patrols of various branches and branches of the armed forces and practical military exercises in the sea and airspace around the island of Taiwan on January 8,” said Shi Yi, whose words are quoted in a message on the official account of the Eastern PLA Combat Command Zone on WeChat.

⠀
It is noted that the purpose of the exercises was to test the joint combat capabilities of the troops and resolutely counter the provocative actions of external forces and separatist forces advocating Taiwan independence.

⠀
The situation around Taiwan escalated significantly in early August last year after a visit to the island at that time by the Speaker of the US House of Representatives, Nancy Pelosi. China, which considers the island one of its provinces, condemned Pelosi’s visit, seeing in this move US support for Taiwanese separatism, and held large-scale military exercises.