The congressman urged the United States not to interfere in the conflict in Ukraine. 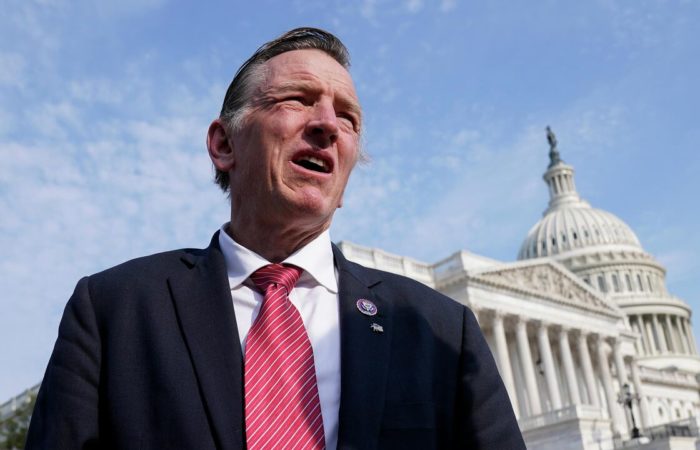 The United States should not interfere in the conflict between Russia and Ukraine, Republican member of the House of Representatives Paul Gosar told.

“The US has no role to play in this matter. The borders between Russia and Ukraine should not concern the US, especially when our own southern border is undefended and over five million illegals have crossed it in the past 20 months, as well as enough fentanyl to kill every man, woman and child in the United States,” the congressman said.

Assessing the prospects for resolving the crisis around Ukraine, he expressed confidence that negotiations between Moscow and Kyiv “can and should be started.”

“Helping peace is the right role for the US and the UN,” the politician said, adding that a “genuine solution” would require the participation of all world leaders.

The Republican politician published a letter in late October inviting Russian and Ukrainian presidents Vladimir Putin and Vladimir Zelensky to Phoenix, Arizona, for peace talks. As Gosar emphasized, this city is located far enough from the conflict zone and the organizations that “spur on war” to serve as a platform for a productive dialogue on this issue.