The Czech Republic resumed voting in the presidential elections. 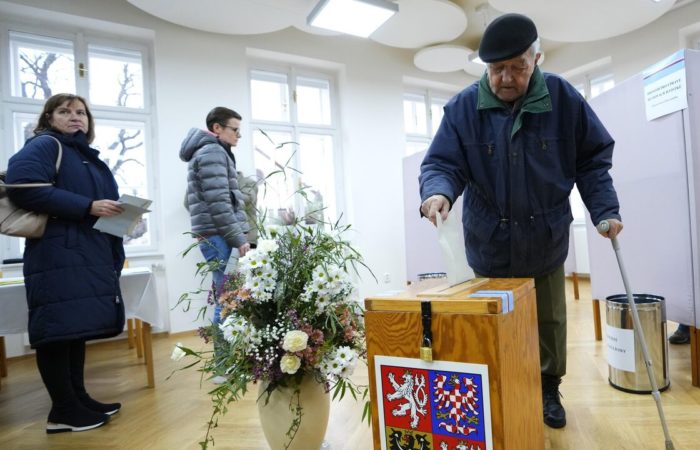 At 08:00 on Saturday, voting resumed in the presidential elections in the Czech Republic, which began on Friday.

⠀
According to Czech TV, in some polling stations, according to local election commissions, about 50% of voters voted on the first day. On Saturday, the voting will last until 14:00, after which the counting of votes cast for presidential candidates will begin.

⠀
All elections in the Czech Republic are traditionally held over two days – on Friday from 14.00 to 22.00 and on Saturday from 8.00 to 14.00. If none of the candidates for the presidency of the republic receives more than 50% of the votes in the first round, then the second round of voting will take place on January 27-28, which will include the two candidates who received the largest number of votes in the first round. To win in the second round, one of them will need to get a simple majority of votes.

⠀
8 people put forward their candidacies for the post of head of the country. The favorites are the ex-head of the NATO Military Committee, army general in reserve, 61-year-old Pyotr Pavel, and ex-prime minister and dollar billionaire, 68-year-old Andrei Babish. Published on January 9, the results of the latest poll showed that Pavel can count on 29.5% of the vote, and Babiš – 26.5%. The 44-year-old economist Danushe Nerudova, who was on a par with them in the polls in November-December 2022, is now noticeably behind the leading tandem, receiving only 21% of the vote. The remaining five candidates for Prague Castle gained between 7% and 0.5% of the vote.