The EU, Samoa step up their cooperation 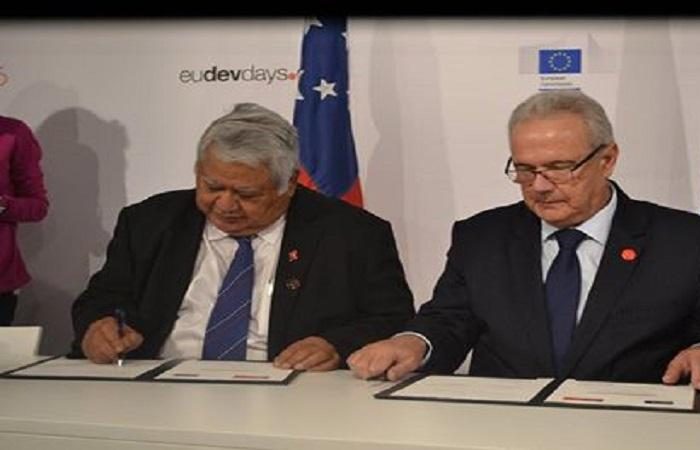 The European Union and the Independent State of Samoa held their second meeting in the frame of the Partnership (Cotonou) Agreement signed between Africa, Caribbean and Pacific Group of States (ACP) and the EU.

The intercontinental dialogue was deepened during Wednesday meeting between the representatives of the Cotonue Agreement. For Samoa, the discussion has provided an opportunity to review recent developments in the EU and the wider Pacific. The country’s long-term Strategy ‘Samoa 2040’ requires further development and wider cooperation with the EU.

On Wednesday, discussions were focused on the potential provided by the Economic Partnership Agreement (EPA), to which Samoa acceded recently, for the strengthening of EU-Samoa trade relations.

To present itself, Samoa has prepared the country’s EPA Implementation Plan of Action draft, stressing its commitment to the full implementation of the Paris Agreement on Climate Change.

Among other areas for strategic cooperation in international fora were discussed, touching upon the Sustainable Development Goals. Its programme includes the environmental protection, sustainable management of natural resources and fight against Illegal, unreported and unregulated fishing.

The EU and Samoa discussed priorities and developments in the area of human rights and policies related to addressing gender equality and gender-based violence as well as tax good governance and anti-money laundering.

The meeting is envisaged that the next Political Dialogue meeting will be held in Apia, Samoa, in 2021.