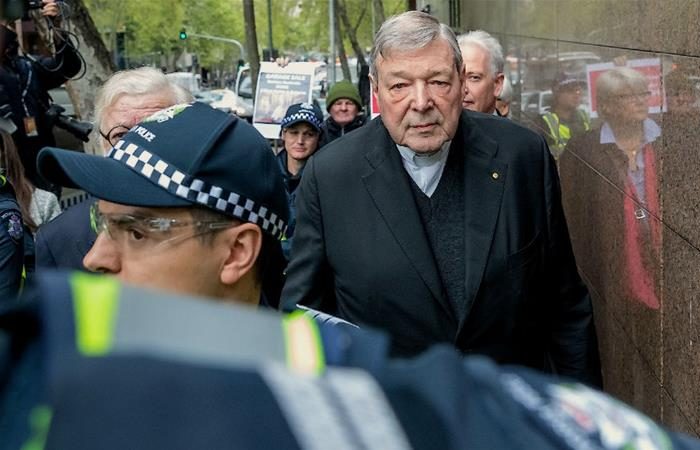 Australia’s highest court acquitted ex-Vatican treasurer George Pell of sexually assaulting two teenaged choirboys in the 1990s. After 404 days in the maximum-security Barwon Prison near Melbourne, the cardinal was freed.

The 78-year-old cardinal proved he is not guilty after a long and thorough investigation, ending the most high profile case of alleged historical sex abuse to rock the Roman Catholic Church. For the Vatican, Pell’s case is extremely important amid the wave of criticism and accusations of amorality.

The seven judges of the High Court agreed unanimously that the jury in the Pell’s trial “ought to have entertained a doubt” about Pell’s guilt. As Reuters reports, the cardinal cannot be retried on the charges.

The freeing of cardinal coincided with the middle of Holy Week, the period leading up to Easter, the most important day in the Christian calendar. Probably, that is reason why the papal press office had no immediate comment on a verdict.

Pell remained the cardinal despite the trial

Pell always was a polarising figure in Australia for his conservative views. Despite the trial, he remained a cardinal but lost his treasurer role last year. Pell’s accuser, one of two boys the archbishop was alleged to have assaulted, had said the offences took place shortly after Sunday masses, in the priests’ sacristy and corridor of St. Patrick’s Cathedral in Melbourne, while Pell was robed.

The High Court judges pointed to unchallenged evidence from church officials at Pell’s trial that he typically spent time talking to congregants on the church steps after mass, he was always accompanied by a priest while robed, and the sacristy was usually a hive of activity after mass.

The lower appeals court and the trial jury watched a video of his accuser’s testimony, described by the prosecutor as “powerful and persuasive”. The High Court did not view it and said it should not have been necessary for the appeal court to have viewed it.