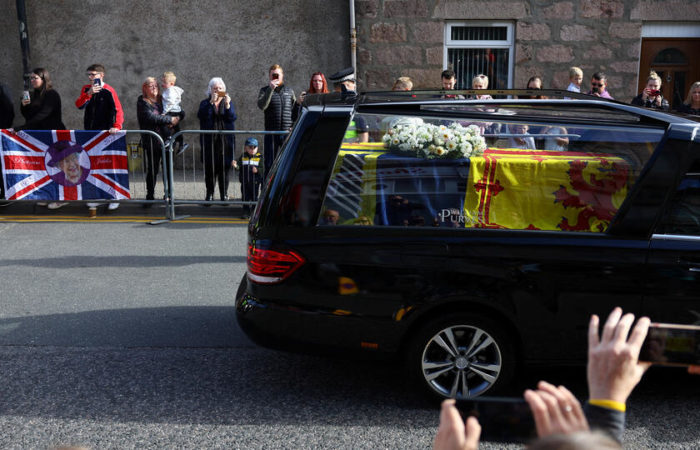 The funeral procession with the coffin of Elizabeth II on Sunday arrived in the Scottish city of Aberdeen on the way to Edinburgh.
⠀

Thousands of people with flowers took to the streets of the city to pay their respects to the queen. They greet the procession mostly in silence, some throwing flowers in front of the procession. The procession is now heading for Dundee.

The coffin was loaded into a hearse at 10 am local time near Balmoral Castle, and during Sunday the procession should reach Edinburgh’s Holyrood Palace. As part of the procession, the media captured Princess Anne, daughter of Queen Elizabeth II.

⠀
Queen Elizabeth II died at Balmoral Castle in Scotland on September 8 at the age of 97. The Council of Succession on the eve officially proclaimed Charles III the new monarch of the United Kingdom of Great Britain and Northern Ireland.

⠀
The funeral of Queen Elizabeth II will be held on September 19.