The G7 foreign ministers condemned the launch of a North Korean ballistic missile. 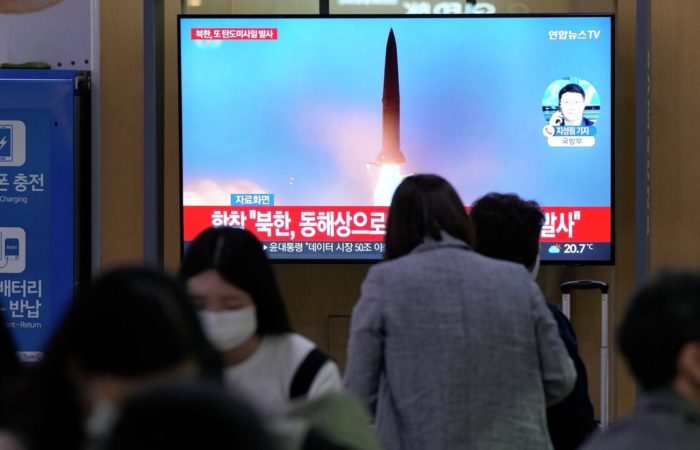 “We, the Foreign Ministers of the G7 countries – Canada, France, Germany, Italy, Japan, the United Kingdom, the United States and the High Representative of the European Union – condemn in the strongest possible terms the outrageous launch of another intercontinental ballistic missile by North Korea on November 18, 2022… We We call on the DPRK to resume meaningful dialogue on denuclearization and support the repeated proposals for dialogue by the United States, Japan and the Republic of Korea,” the G7 foreign ministers said in a statement on the French Foreign Office website.

The ministers also called for a “tough response” from the international community, including “significant measures” from the UN Security Council.

On Friday, it was reported that in the morning of the same day, the DPRK launched an ICBM from the area of ​​the Sunan airfield near Pyongyang towards the Sea of ​​Japan. The range of the rocket was approximately 1 thousand kilometers, the highest altitude was 6.1 thousand kilometers, and the speed was approximately Mach 22. The rocket fell 200 kilometers from the island of Oshima near Hokkaido – within the exclusive economic zone of Japan. She flew on a hinged trajectory, which means a more vertical launch of the rocket, which allows to reduce the flight distance. Japanese Defense Minister Yasukazu Hamada said that if launched along a conventional trajectory, this ICBM could fly 15,000 kilometers and reach US territory. Her flight lasted, presumably, 69 minutes. On Saturday, North Korean leader Kim Jong-un said that the successful test launch of an intercontinental ballistic missile confirmed the ability of the country’s nuclear forces to deter any nuclear threat.