The head of Colombia announced a ceasefire with the rebel groups. 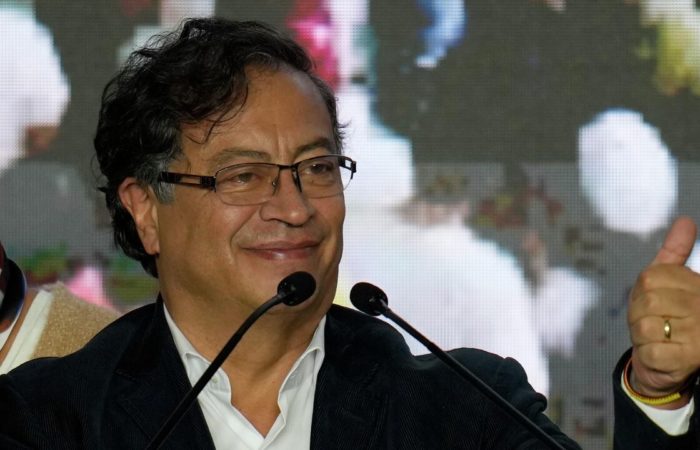 Colombian President Gustavo Petro announced a bilateral ceasefire with the National Liberation Army (ELN/ELN), the Revolutionary Armed Forces of Colombia (FARC/FARC) rebels and other supplies from January 1 to June 30.

“We have agreed to a bilateral ceasefire with ELN, Second Marketalia, Central General Staff, AGC  and the Sierra Nevada Self-Defense Forces from January 1 to June 30, 2023, with the possibility of extension in dependent on progress in negotiations,” Petro wrote on Twitter.

⠀
Earlier, the rebel “Revolutionary Armed Forces of Colombia” and the militants of the “Army of National Liberation” unilaterally announced a ceasefire for the period of the Christmas holidays until January 2.

⠀
Colombia has been in a state of armed conflict for more than half a century, during which time more than 262 thousand people have died, millions have left their homes. In the ranks of the RVSK, which were formed in 1966 from self-defense detachments of communist peasants, there were up to 20 thousand fighters. The authorities and the rebels negotiated peace for a long time, which ended with the signing of a peace agreement in 2016.

After the demobilization of 13 thousand people, the Comunes political party was officially created on the basis of the FARC, but some people later returned to guerrilla activities and drug trafficking. The number of these dissidents reaches 5.2 thousand people.

The radical left “Army of National Liberation” consists of several thousand people. It is the second largest armed rebel organization in the country after the Revolutionary Armed Forces of Colombia. Colombia, the US and the EU classify ANO as a terrorist organization.

Members of the ANO, after President Gustavo Petro came to power last year, initiated a peace process with the government.

President Petro’s government came to power in Colombia in the summer of 2022 with a promise to achieve a comprehensive peace with the country’s many rebel militias and drug paramilitary groups, following the example of peace accords with the former FARC. In September 2022, it became known that at least ten rebel groups, including the largest – the Gulf Clan, the Second Marketalia and the Central General Staff – initiated a unilateral ceasefire to start a peace process and negotiations with the Colombian authorities.