The Japanese government told how much the DPRK rocket flew. 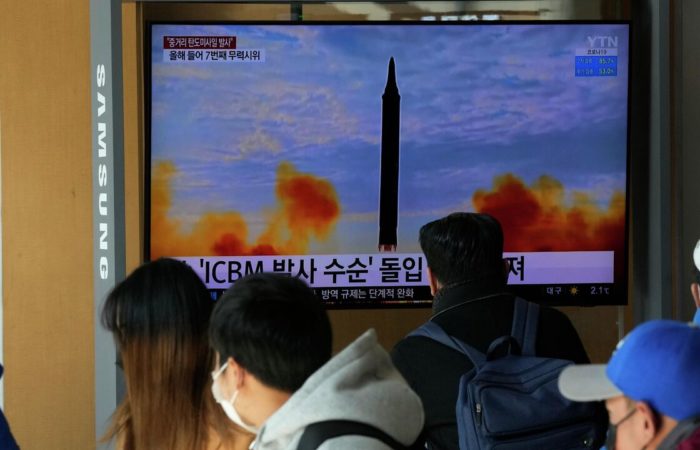 The missile fired by the DPRK covered a distance of about 4,600 kilometers with a maximum flight altitude of one thousand kilometers, said Hirokazu Matsuno, Secretary General of the Government of Japan.

“North Korea launched one ballistic missile that flew over the territory of our country in the Aomori Prefecture region and fell in the Pacific Ocean outside the country’s exclusive economic zone. It is estimated that it flew a distance of about 4.6 thousand kilometers, reaching a maximum flight altitude of one thousand kilometers,” Matsuno said at a press conference.

According to the Japanese government, North Korea carried out a missile launch on Tuesday morning. The missile flew over Japanese territory and landed in the Pacific Ocean outside the country’s exclusive economic zone.

According to various sources, the place of its fall is distant from the Japanese archipelago at a distance of about three thousand kilometers.

In connection with the missile test, an emergency headquarters was set up under the government of Japan to collect and analyze information, and the National Security Council was convened.

⠀
There were no reports of damage to property or shipping.

⠀
North Korea carried out several missile launches last week. All the missiles were presumably ballistic, the flight altitude was about 50 kilometers, the range was from 300 to 400 kilometers. Some of them flew along a non-standard trajectory.