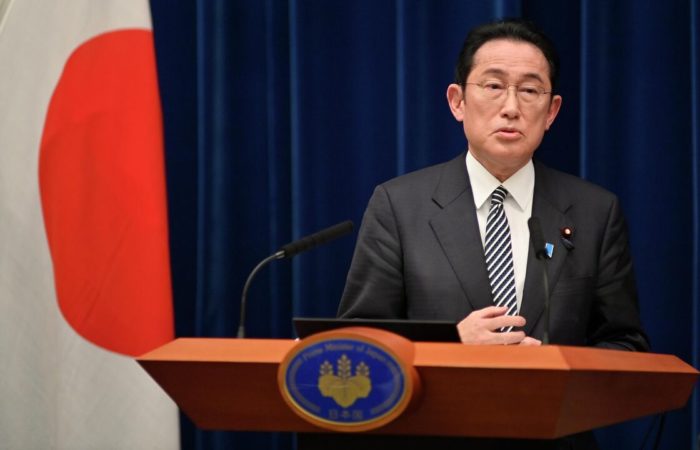 Distrust in Japan’s government, led by Prime Minister Fumio Kishida, has risen above 50% for the first time since he took office in October last year, according to a public opinion poll conducted by the Kyodo news agency.

Thus, according to the result of a telephone poll conducted by Kyodo on November 26 and 27, 51.6% said they did not support the current government.

The Kishida administration’s rating also fell 4.5 percentage points from the end-October poll to 33.1%.

A critical level below 30% is considered in Japan because it often leads to the resignation of the cabinet and the prime minister, as well as to the election of a new head of government in parliament. Thus, Kishida became prime minister after the approval rating of the government led by his predecessor, Yoshihide Sugoya, dropped to 29%, which led to his resignation.

⠀
The main reasons for the decline in the government’s rating are rising prices, the funeral of former Japanese Prime Minister Shinzo Abe at public expense without discussion in parliament, as well as the revealed connections of almost half of the deputies from the ruling Liberal Democratic Party with the odious religious organization “Unification Church”. The situation was aggravated by scandals around a number of ministers. So, over the past month and a half, Kishida had to replace three heads of ministries at once. In the Japanese media, this trend has been dubbed the “resignation domino”.

⠀
During a press conference earlier this week, Kishida confirmed that a review of the documentation did “reveal a number of inconsistencies” and that he “instructed his administration to take all measures to prevent such shortcomings from occurring in the future.“