The meeting of the EAEU in expanded format is being held in Bishkek. 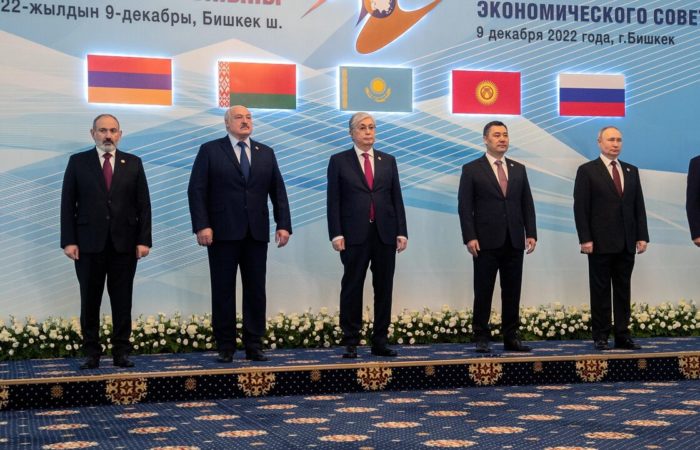 The meeting of the Supreme Eurasian Economic Council in expanded format began in Bishkek.

Previously, the leaders of the states met in narrow format. The meeting was held without the participation of the media. In his welcoming speech, President of Kyrgyzstan Sadyr Zhaparov stressed that the heads of the EAEU countries met in person for the first time in three years since the start of the coronavirus pandemic.

On the agenda of the summit are issues of the activities of the Eurasian Economic Union, guidelines for further deepening integration processes, improving the functioning of a single market for goods and services. The presidents will also discuss the removal of obstacles in the EAEU domestic market, the formation of a common gas market in the Commonwealth space and the start of negotiations with the UAE on concluding a free trade agreement.

The meeting is chaired by the President of Kyrgyzstan Zhaparov. It is attended by Russian leader Vladimir Putin, Belarusian leader Alexander Lukashenko, Kazakh President Kassym-Jomart Tokayev and Armenian Prime Minister Nikol Pashinyan. From the observer countries, the head of the Cabinet of Ministers of Uzbekistan Abdulla Aripov is present, Cuban President Miguel Diaz-Canel will address the participants of the meeting via video link.

⠀
According to the press service of the Kyrgyz president, the event is covered by about 150 foreign and about 80 local media workers.