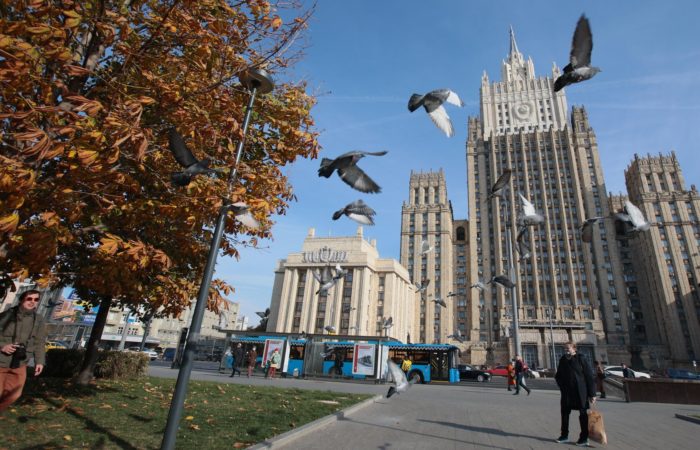 The Russian Foreign Ministry has protested to Canadian Ambassador to Moscow Alison Le Claire over the attack on the Russian embassy in Ottawa, the ministry said.

“Alison Le Claire was strongly protested against the criminal actions of an unidentified person who threw a Molotov cocktail on the territory of the Russian embassy in Ottawa, as well as the blocking by aggressive demonstrators, with the connivance of an arriving police squad, of the service entrance to the consular department of the Russian embassy,” the report says. ministry website.

The Foreign Ministry said that, like during other hostile actions against Russian diplomatic missions in Canada, law enforcement agencies did not stop the attackers and did not detain the perpetrators.The Russian side demanded that immediate measures be taken to ensure the security of embassies and consulates, as well as diplomats and their families, in accordance with the provisions of the 1961 Vienna Convention on Diplomatic Relations.