The Ministry of Justice of Mongolia announced the arrests in the case of fraud with coal. 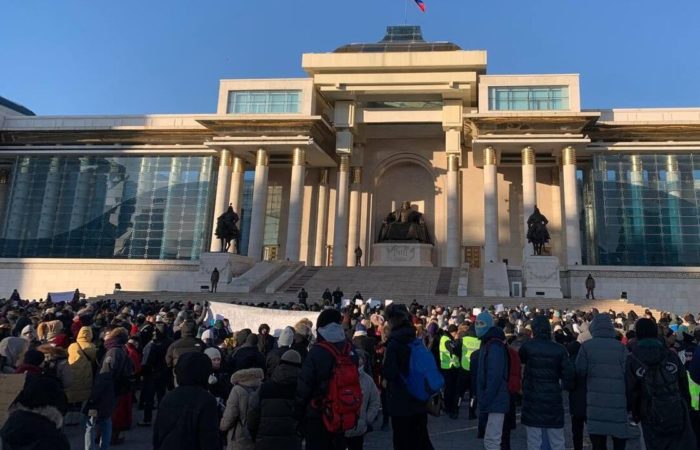 Mongolian Justice and Interior Minister Khishgeegiin Nyambaatar announced the arrests as part of an investigation into possible coal fraud that sparked protests in the country.
Earlier it was reported that the Anti-Corruption Committee of Mongolia detained Battulgyn Ganhuyag, the former executive director of the private coal mining company Tavan Tolgoi.

“Battulgyn Gankhuyag and several people close to him were detained. This information was voiced by you, the journalists, not by me. These persons were detained because they are involved in the coal business, but I cannot give more detailed information on this issue, since measures are being taken to verification,” Nyambaatar said at a briefing.

A demonstration involving several thousand protesters has been taking place in front of the Government Palace in the Mongolian capital of Ulaanbaatar over the past few days amid reports of a major theft of coal. According to various reports from the Mongolian media, the amount of embezzlement varies from 1.8 to 13 billion dollars. According to the Minister of Justice of the country, the Mongolian government, through diplomatic channels, asked the Chinese authorities to join the investigation of the coal case, since Mongolia sends about 86% of its exports to China and more than half of this volume is coal. On Tuesday, protesters were also observed on the square, but there were much fewer of them than the day before.

⠀
On Thursday, the Montsame agency reported that open hearings on the issue of transportation and export of coal will be held in the Mongolian parliament on December 21.

Hearings will be held on four topics, including the use of prepayment for coal, the termination and consideration of criminal cases over coal since 2013. In addition, the hearings will consider information about enterprises that produced coking coal throughout the country in 2020-2022 and their production volume, as well as the participation of Erdenes Tavantolgoy JSC in construction in railway construction projects.