The NATO contingent has stepped up patrols in northern Kosovo. 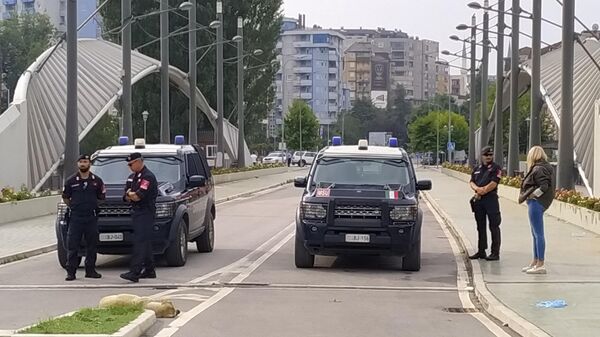 The NATO KFOR contingent has stepped up patrols in northern Kosovo this week and is closely monitoring developments in the province, the mission said on Twitter.

“Since October, we have increased our presence, including additional forces and patrols in northern Kosovo this week. We expect all parties to work closely with KFOR and refrain from provocative displays of force to ensure the safety of all communities,” the publication says.

⠀
The contingent command also called on all parties to ensure “freedom of movement in Kosovo”.

The Serbian Ministry of Defense on the eve sent a request to the command of the NATO mission to introduce a limited contingent of up to one thousand police and military personnel to Kosovo and Metohija in accordance with UN Security Council resolution 1244. The official transfer of the document took place near the Merdare checkpoint at the entrance to the self-proclaimed republic from central Serbia. The NATO mission later confirmed receipt of the request to Western media.

Tensions remain in Kosovo and Metohija. The self-proclaimed republic’s police said on Tuesday that the Jarine and Brnjak checkpoints at the exit to Central Serbia remain closed indefinitely, allegedly because “barricades on highways interfere with the movement of vehicles and goods.”